Driftwood is collected in piles along the fjörd

Changing colors on the hillsides

Last night I stayed in a proper hotel, the only such of my visit here, in Isafjördur. There was a “function” in the banquet room and people in fancy dress milling about with goblets of iced wine when I checked in. Later in the evening, because I was apparently lodged just over the banquet room, I could hear a band and the crowd singing what must have been traditional folk and/or nationalist songs, for it seemed that many knew the words and were singing along. The folk tunes transitioned to some short speeches and were followed with a repertoire to include the Footloose soundtrack, various CCR and some Michael Jackson. Quite entertaining, especially since the band and its lead singer really weren’t bad!

This morning I was up early and thought I’d stroll around town, figuring it would be quiet of a Sunday morning and a good opportunity to take some pics. And so it was, for about a half-hour. And then, suddenly, hordes of people began pouring from the area of the docks, many of them dressed in matching anoraks, sporting cameras about their necks and maps in front of their faces. And lo, as I completed my tour of the fish processing warehouses (industrial areas can make for neat photo ops) and rounded a corner of the docks, what should I see but two – not one, but two – cruise ships. Suddenly my quiet, sleepy, remote Icelandic community had been overrun. All those alleys with neatly trimmed houses, serene on an early Sunday morning, were thronged with people. So much for photo ops.  Now, this cruise ship thing wasn’t entirely bad because many shops which I expected to be closed were now open… But they were stuffed with people and if there were beautiful wool products I couldn’t get to them. I settled on a loaf of bread from the bakery, gassed up the car and headed out of town.

Most of the day I was within a few minutes of 66o North, and it was definitely cooler today than it was my first few days a bit further south. Everything is changing color, the hillsides covered with a low shag carpet of orange and yellow and red, with some gaudy brilliant greens from the haying fields and mossy streams. And swans! I’ve seen quite a few since I got here, but I must’ve seen at least a couple hundred today. I just don’t think of swans as Arctic birds – they’re supposed to be on some slow-moving oxbow on the Thames, preening lazily in a hazy English summer. But no, dozens of them gathered on high Arctic tarns, arching their necks and calling loudly if I s topped too close.

And get this: Car washes (at least some of them) are free at the gas stations that have them! Twice already I’d seen people using what appeared to be free hoses, brushes, etc. Today I watched two drivers pull up to some bays near the gas pumps in Holmavik, scrub their cars and then leave. I decided I should take advantage of same, since Ol’ Rattler was looking a bit disheveled. Now my car is silver again but it still sounds like pieces are falling off it.

1045. Last day. Waiting at the airstrip at the confluence of Red Sheep Creek and Chandalar River for Kirk – he’s supposed to be here between 0900-1200 – fingers crossed. We’re all ready to go, I think. Rained most of the night, gray morning so far. A plane, not Kirk’s, dropped down out of the clouds and the pilot asked if one of us was Jennifer and if so, to come with him. 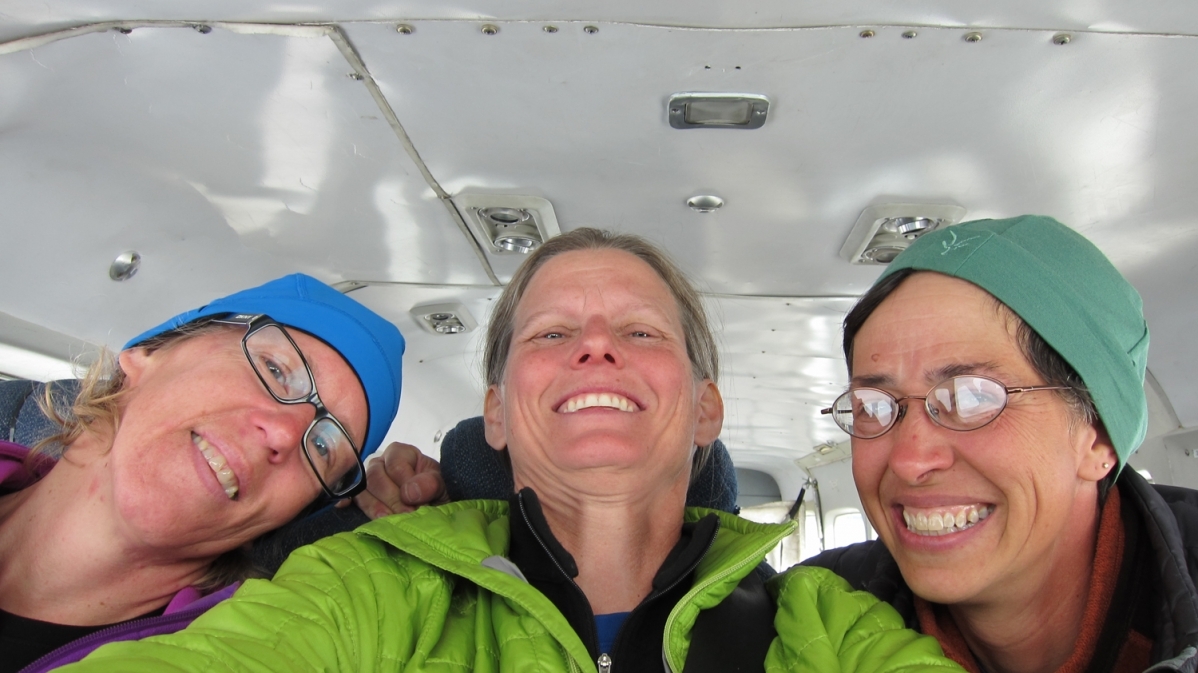 We did, and got to Arctic Village about 1130-1200. Not long after that, END_OF_DOCUMENT_TOKEN_TO_BE_REPLACED

2039. Fresh snow on some of the high mountains this morning! And cooler this morning, once it stopped raining (it rained all night). We had a great day today – good walking, great views and not very far to go. The vista we had at the Chandalar valley when we left Red Sheep Creek was stunning – stopped for 45’ to take a bunch of photos looking up and down the valley and back where we’d come from. We got to the area of the landing strip around 1400, set up END_OF_DOCUMENT_TOKEN_TO_BE_REPLACED