I’ve now had two whole weeks to explore my new environs! That may sound like loads of time to explore, but the combination of standard work days, short daylight hours and the propensity for crime in certain parts of Monrovia, especially during hours of darkness has left me with limited opportunity for exploration. So far I have spent a considerable amount of time on Tubman Boulevard, United Nations Drive, Somalia Drive, SKD Boulevard and Police Academy Drive, and I’m starting to recognize the different shops, billboards, open air markets and other “landmarks.” Traffic is of course nowhere near as orderly as it as back home – lines on the road are merely suggestions, as are stop signs, turn signals and traffic cops – but it’s not too bad so long as nobody with flashing lights is trying to make their way through traffic – that part’s a little bit frightening. Last week, coming back from the police academy, we came upon a parade, complete with a small marching band. We stopped briefly to ask what the parade was for, but I was driving and could not hear what the man, who was at the passenger window, said except that it was a school event.

Last weekend one of our office staff took my colleague Cindy and I out for a visit to several open-air markets, specifically an art market near the old US Embassy, and another one that I think was called Waterside but really, I’m not sure. It had loads of used clothing. Loads. Pauline said that many of the higher-end consignment stores come to this market to get dirt cheap name brand clothing, which they then dry clean and mark up for sale in their own venues. She also took us by the port, which is called the Freeport of Monrovia. There was not much to see from the roadway, just high cement walls topped with concertina wire, but it appears to be a vast operation based on what little we could see. 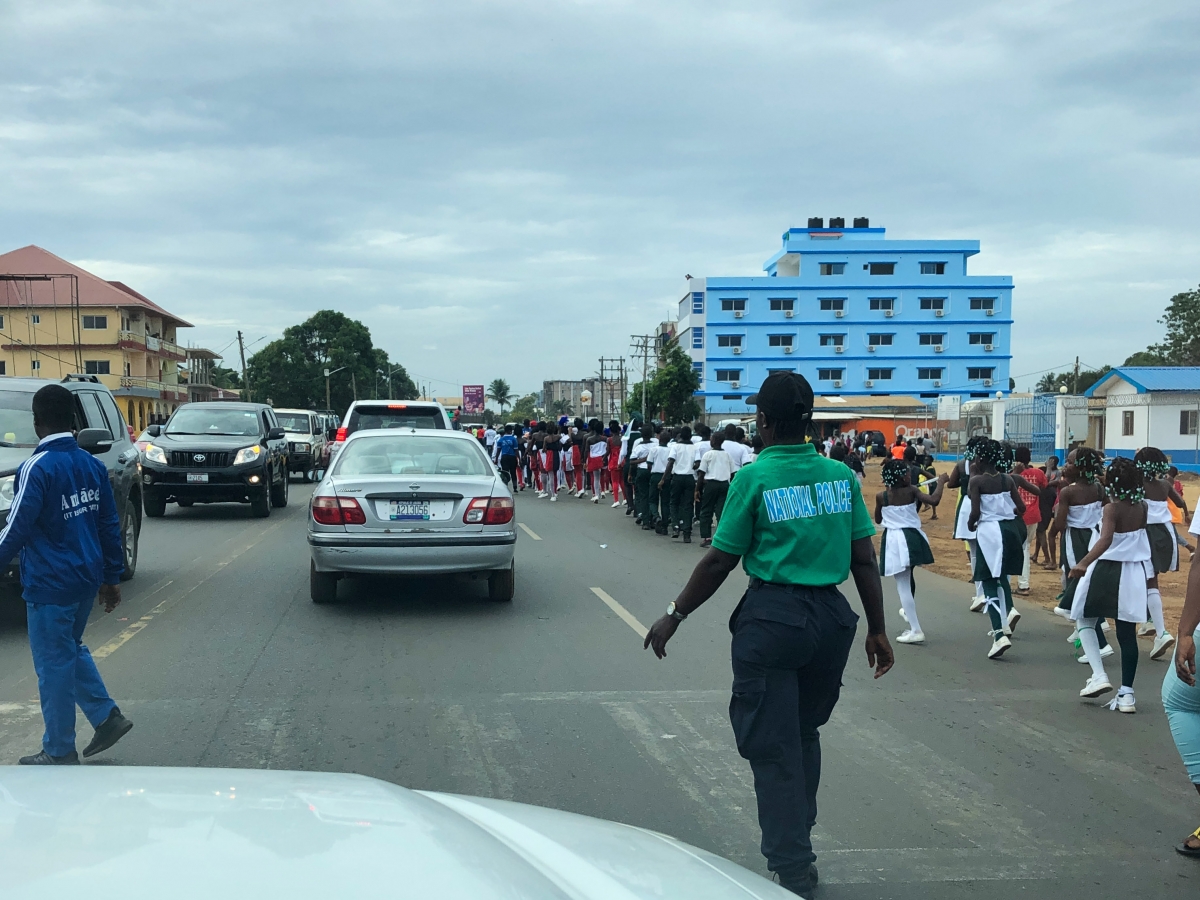 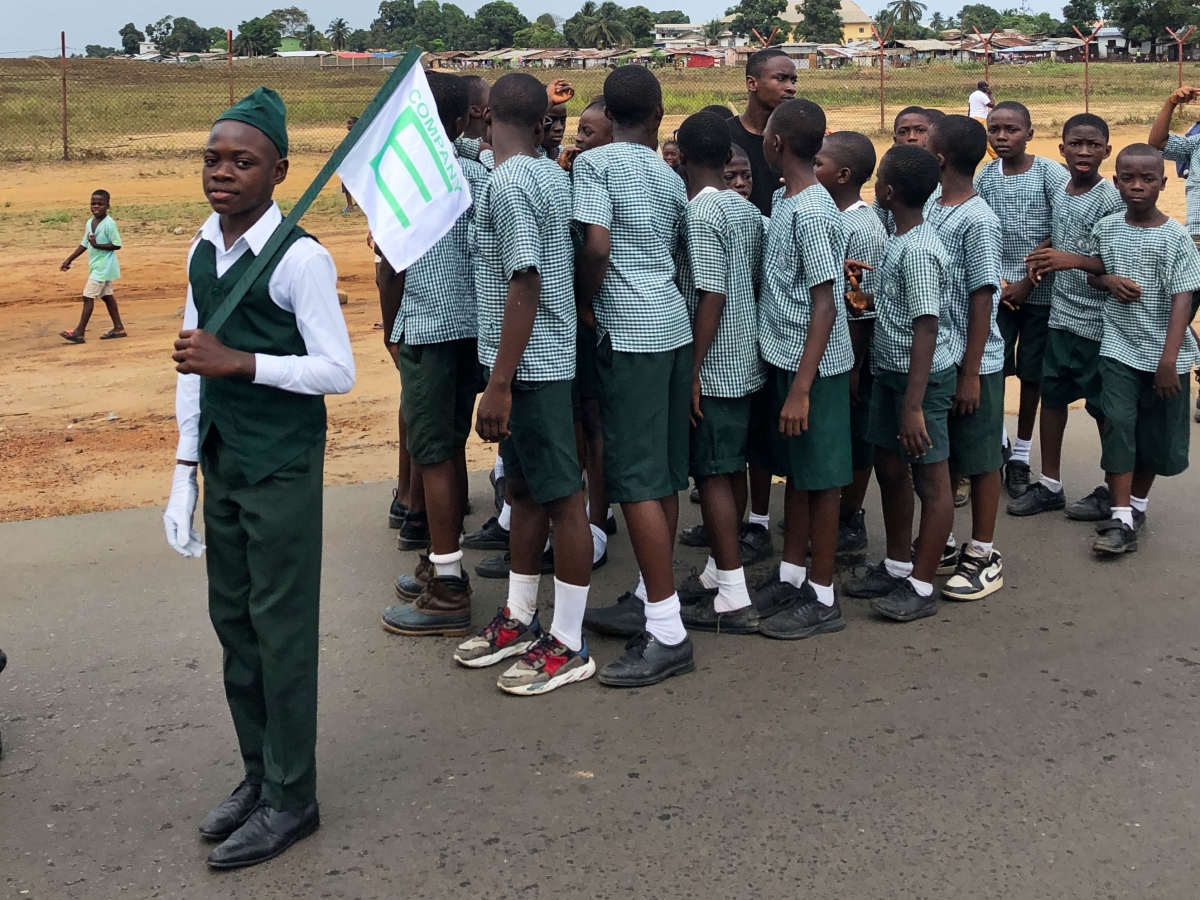 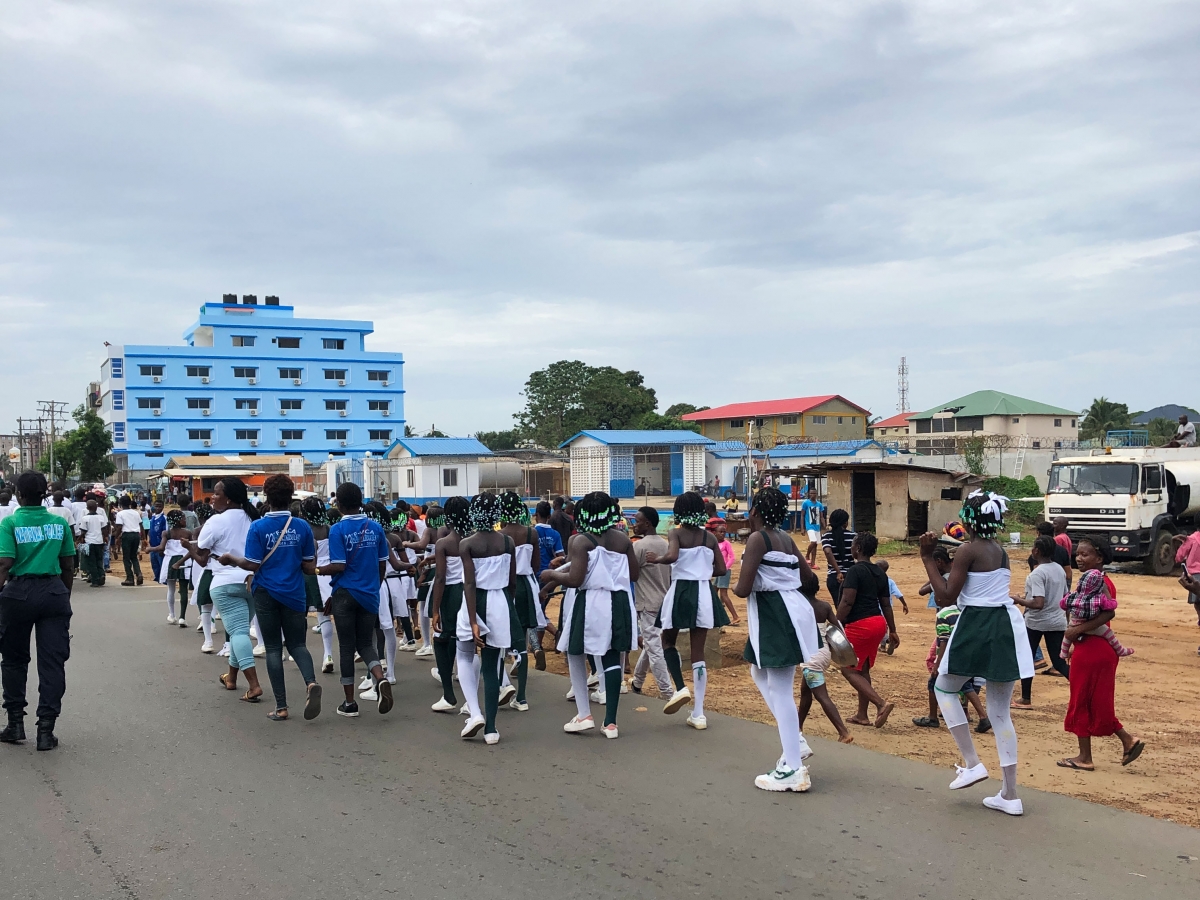 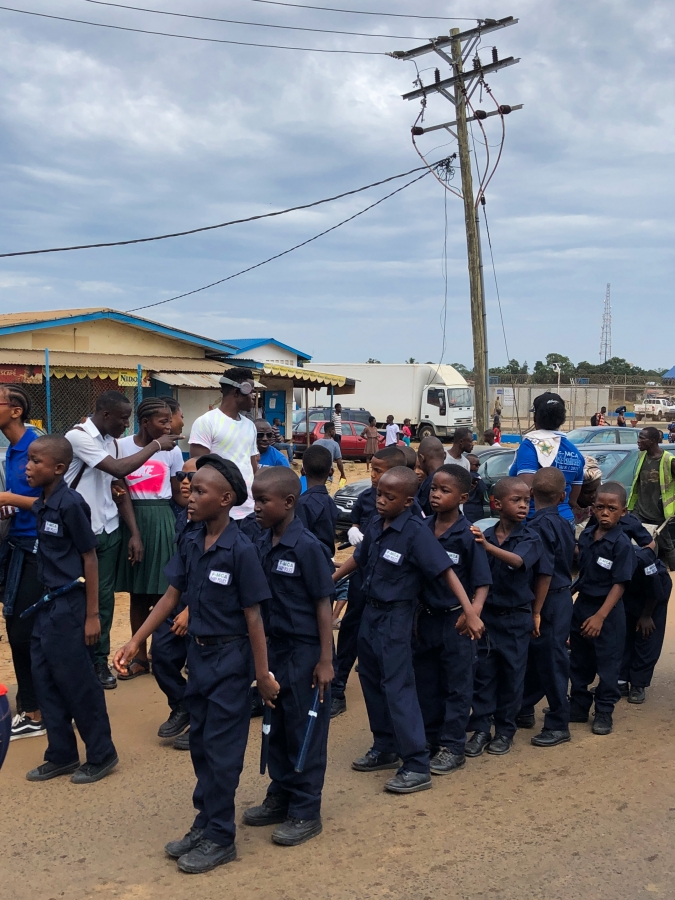 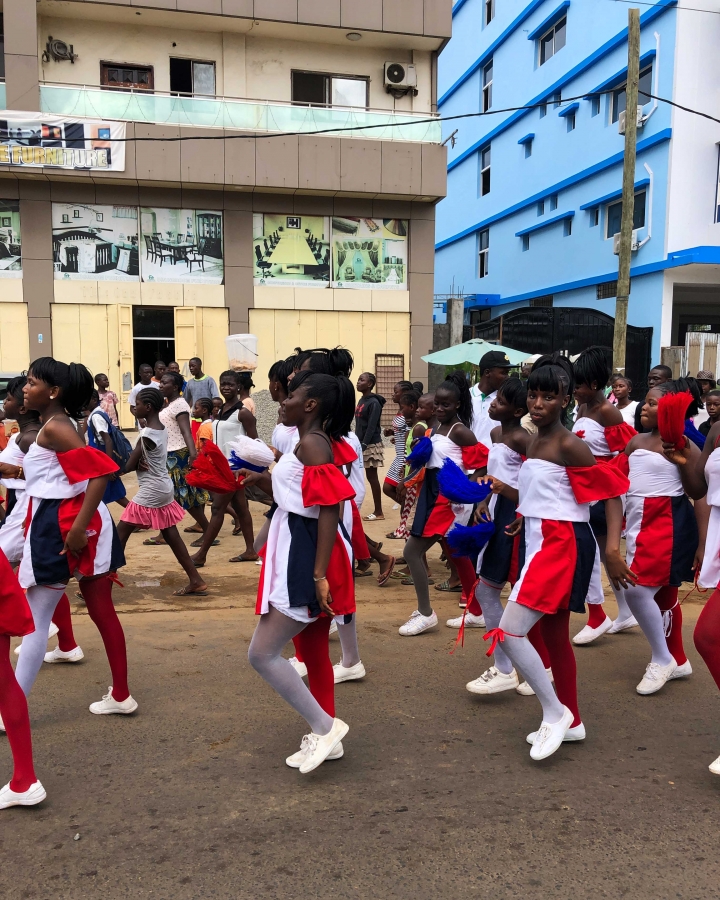 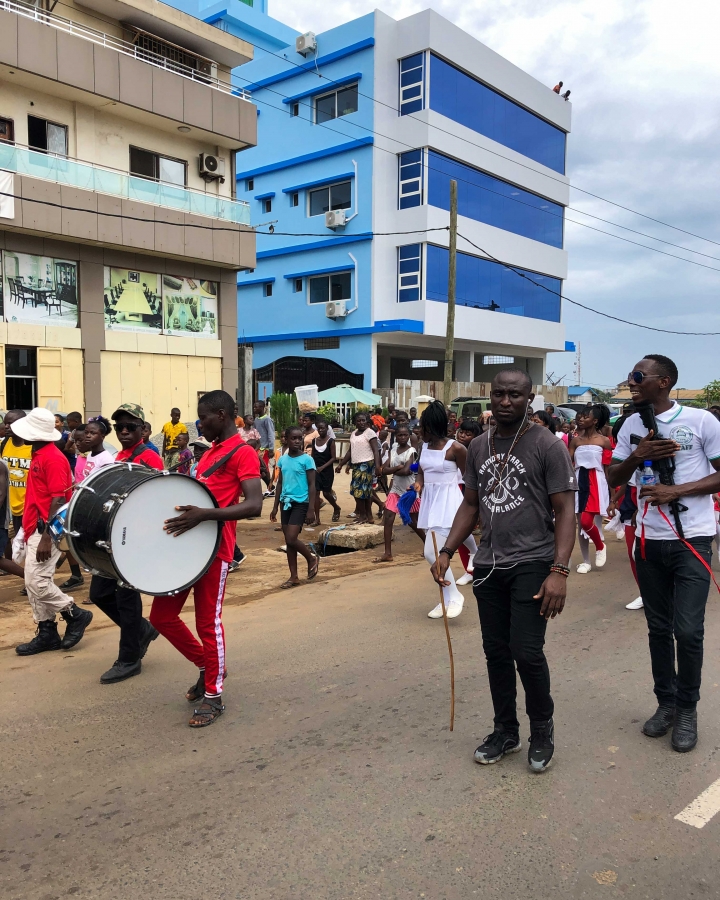 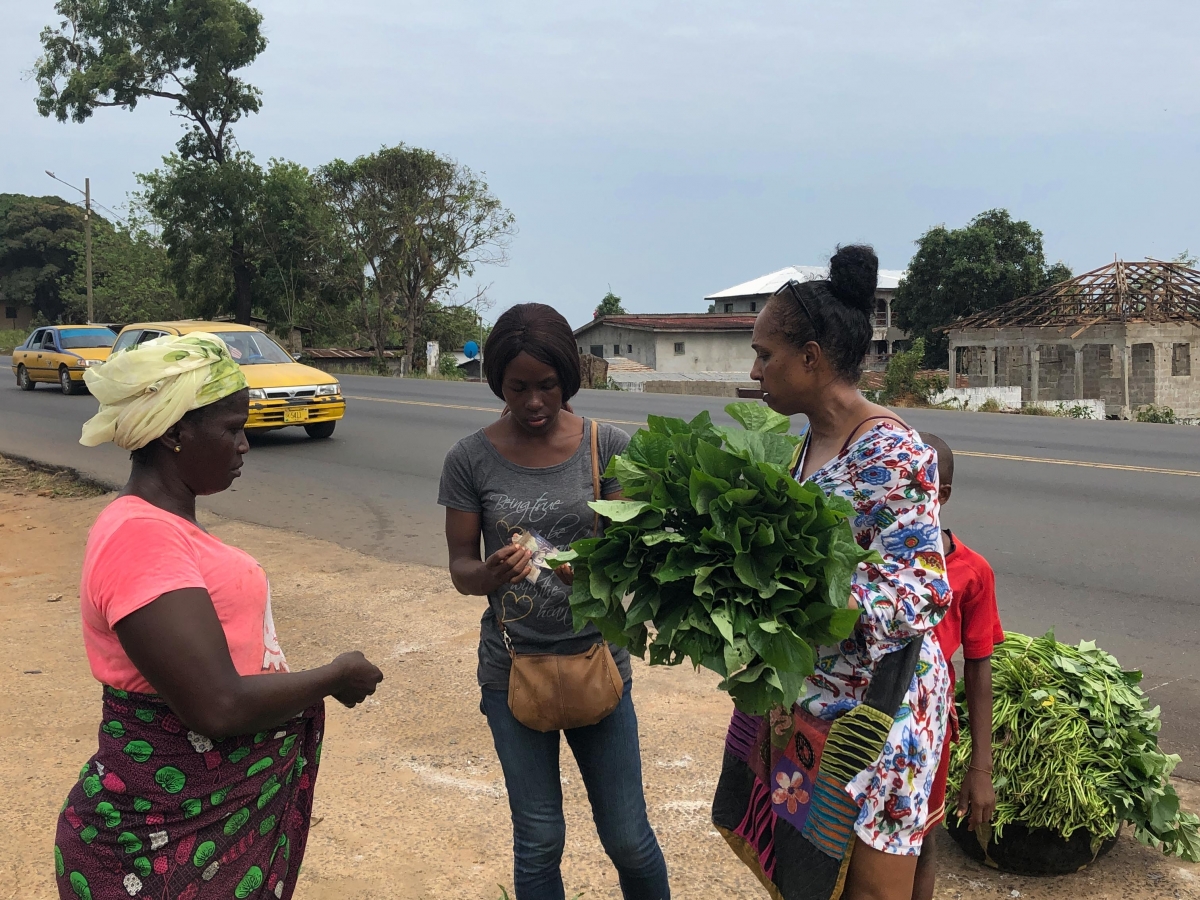 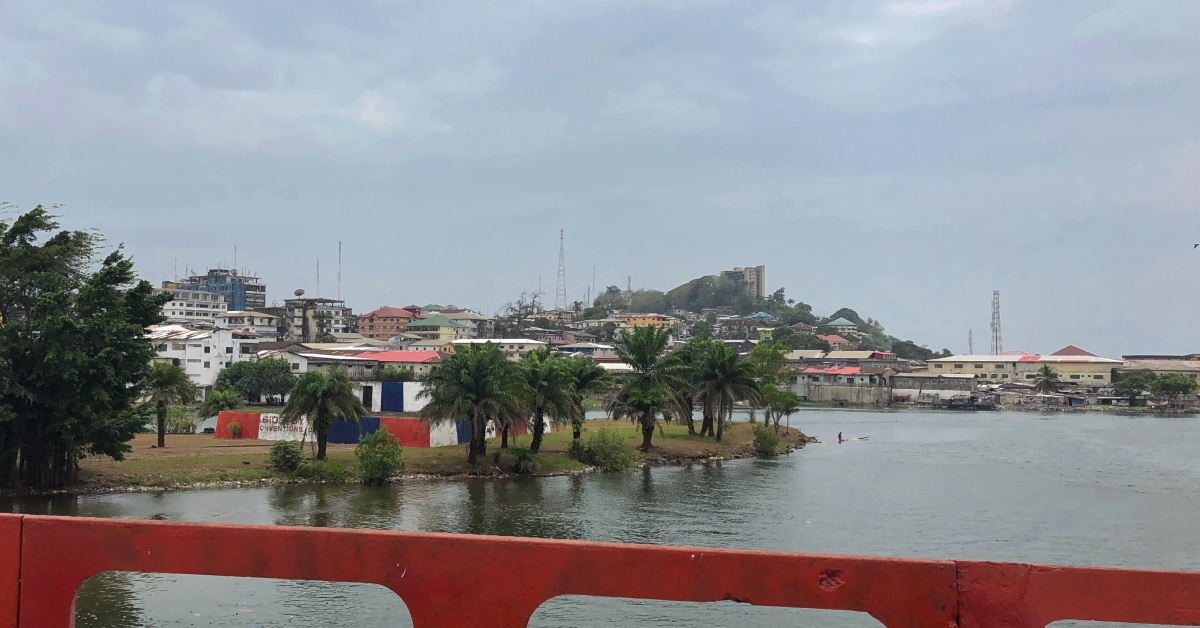 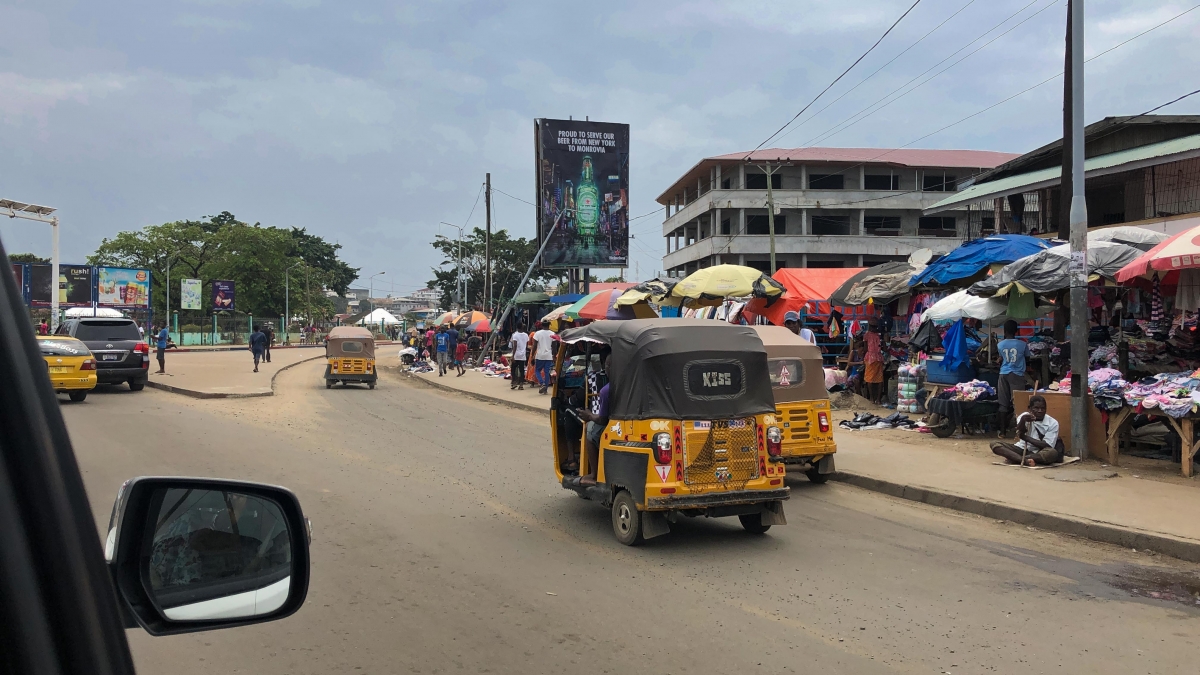 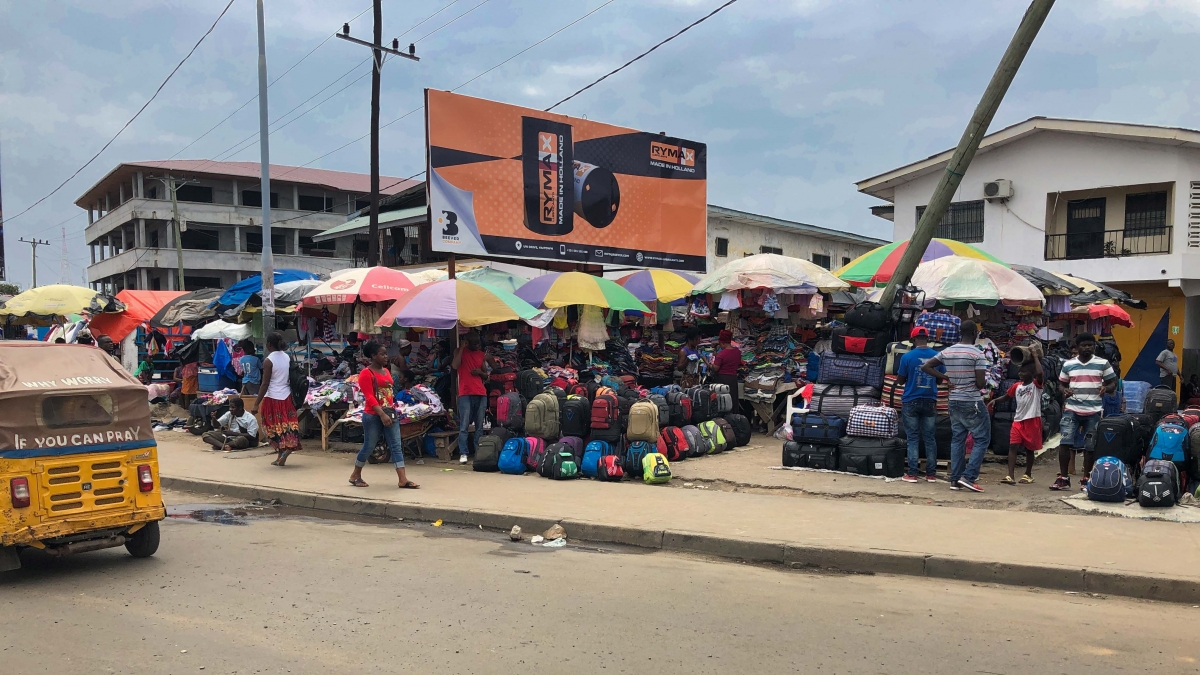 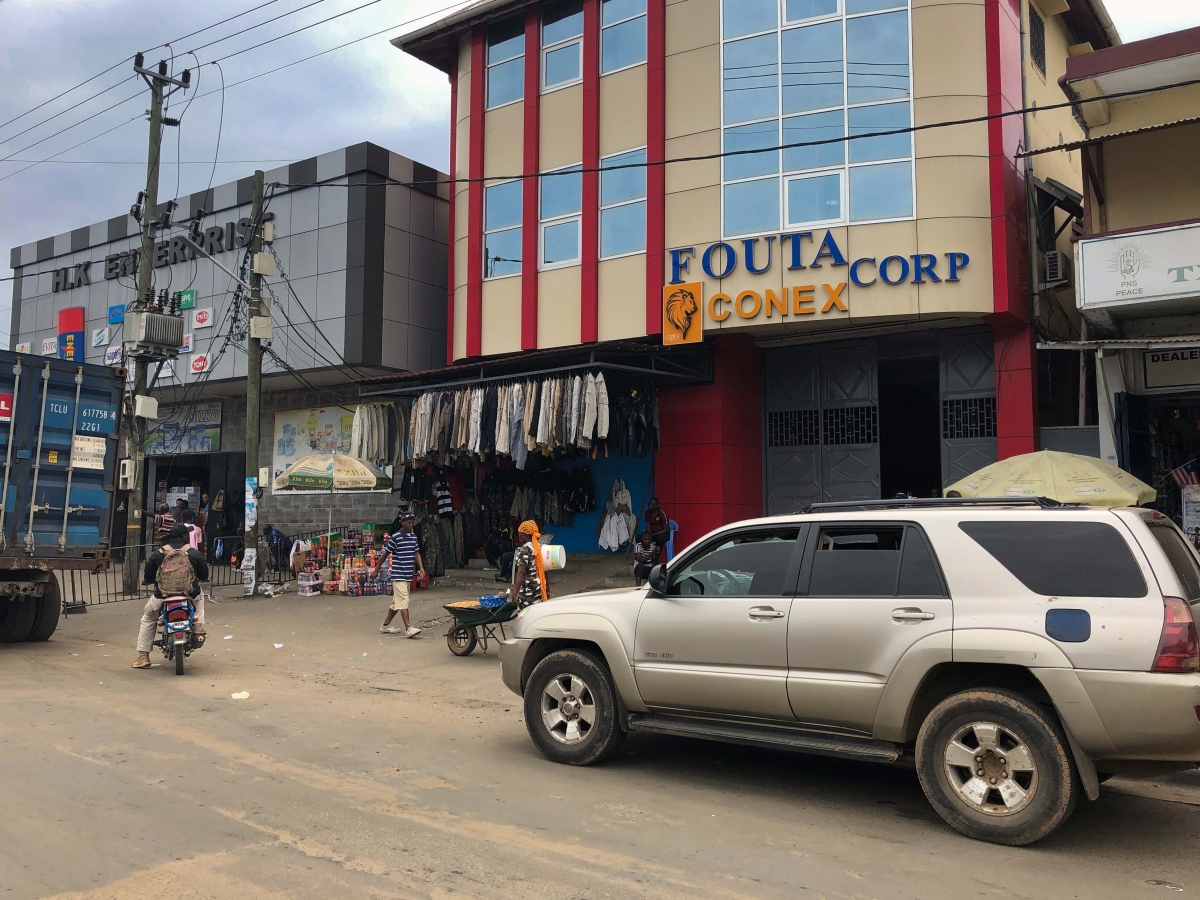 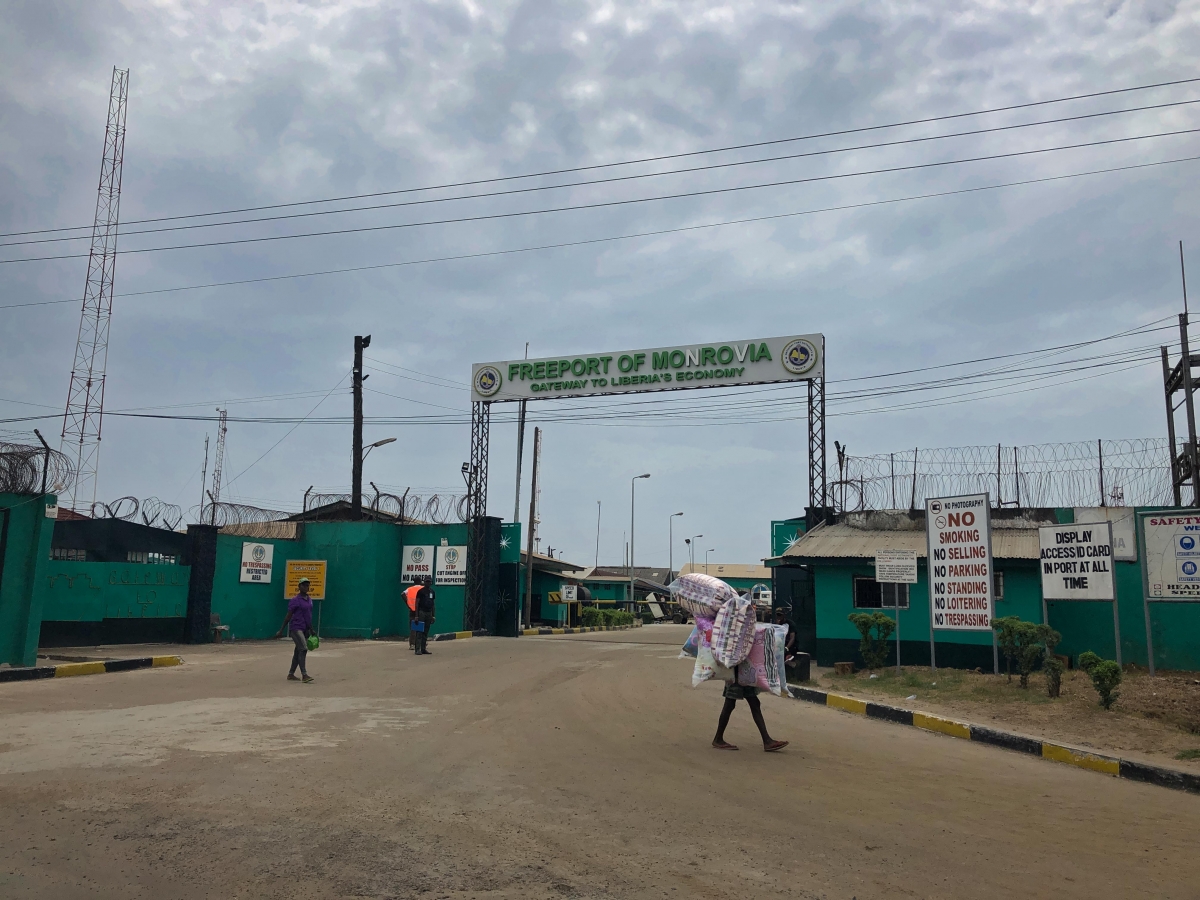 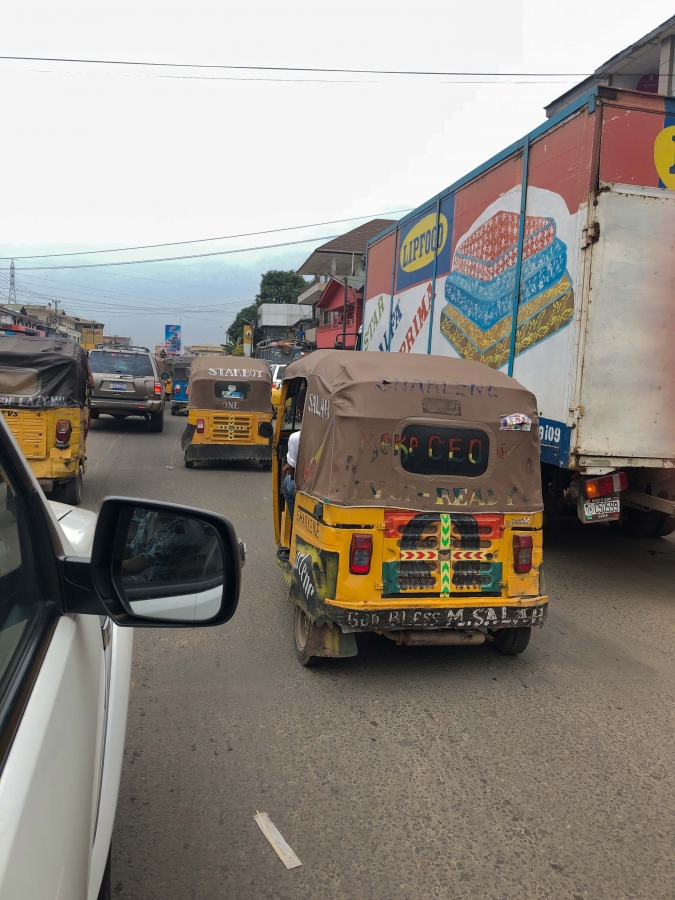 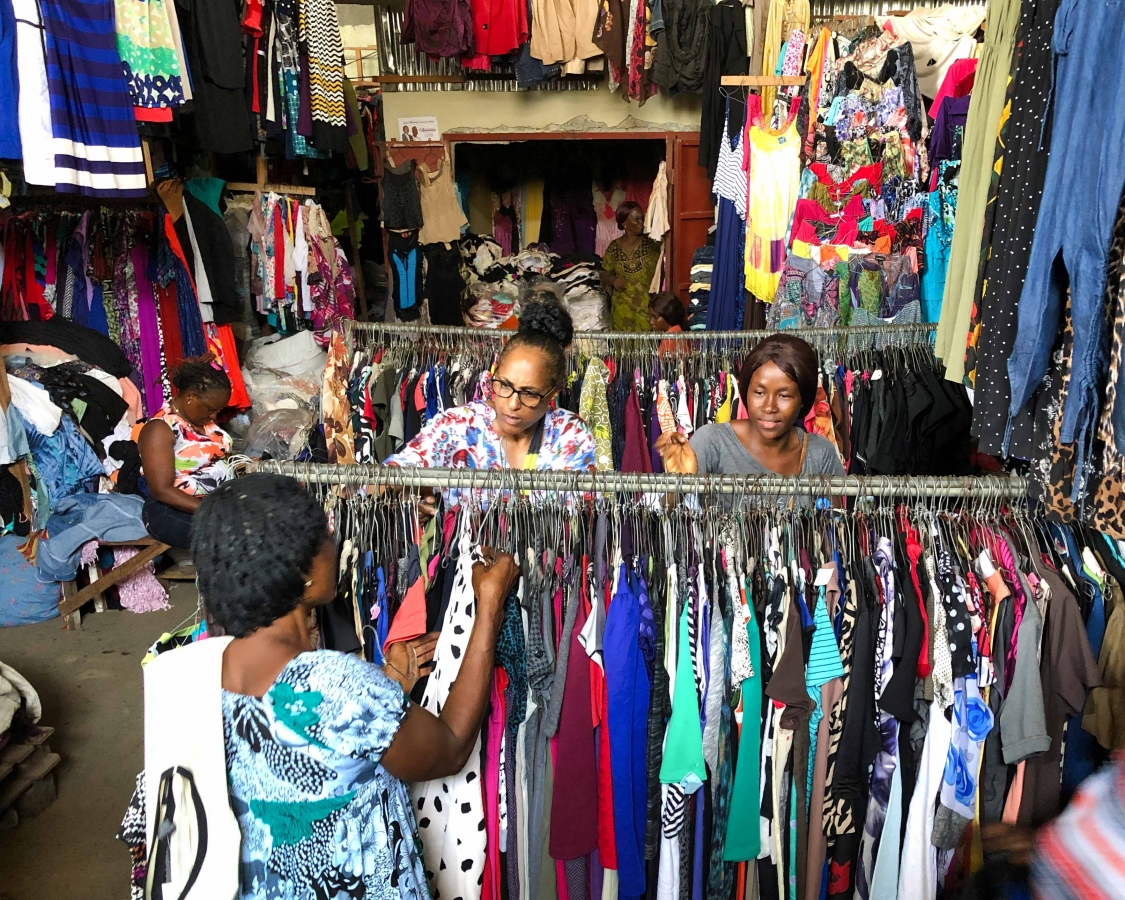 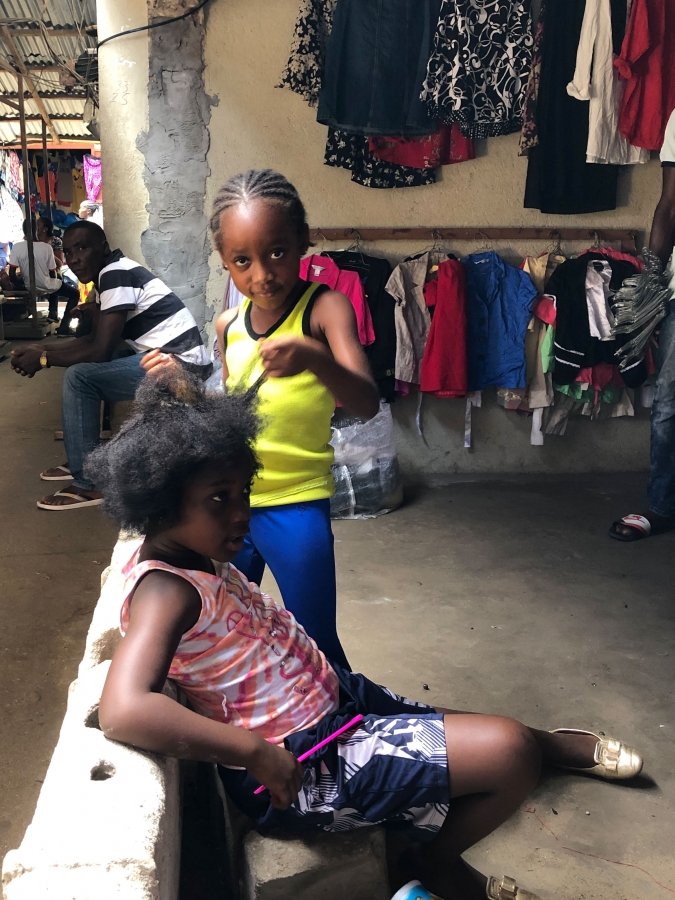 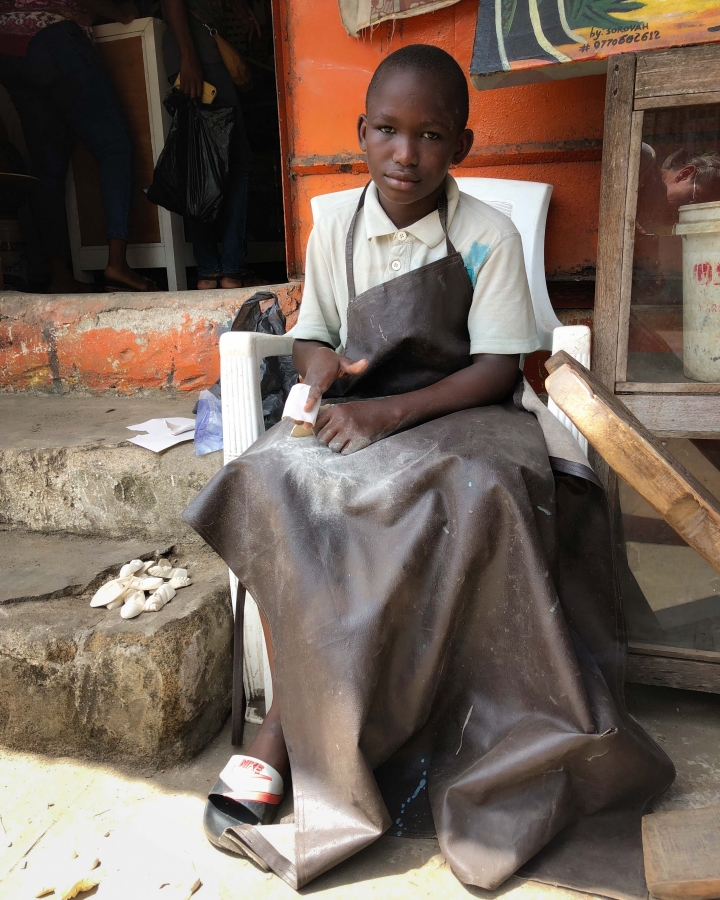 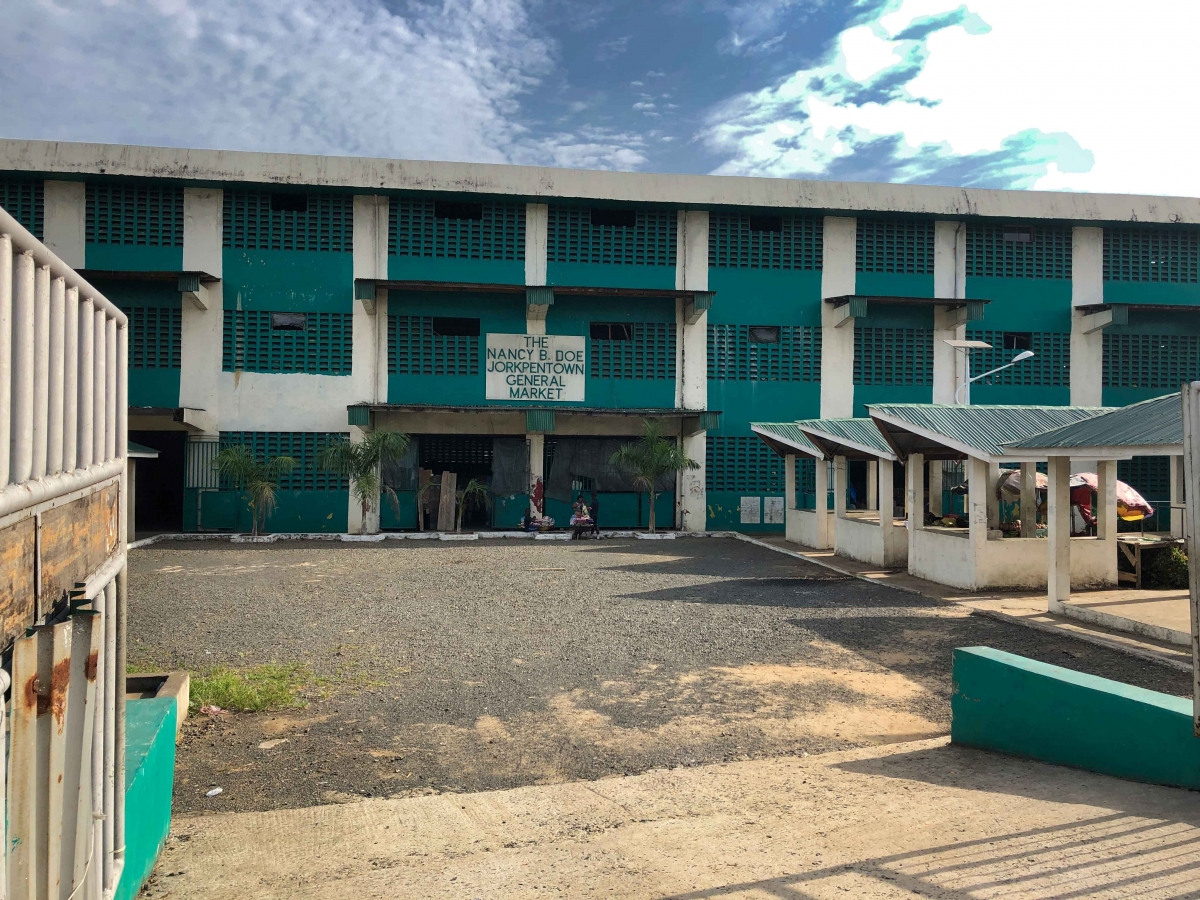 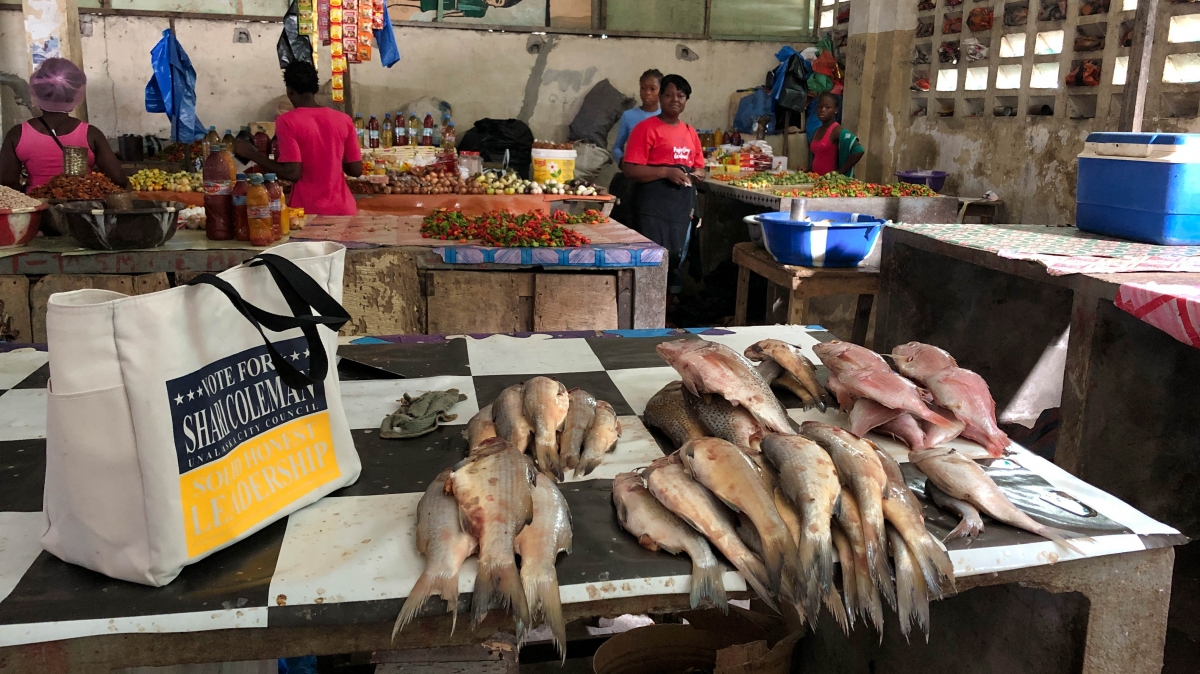