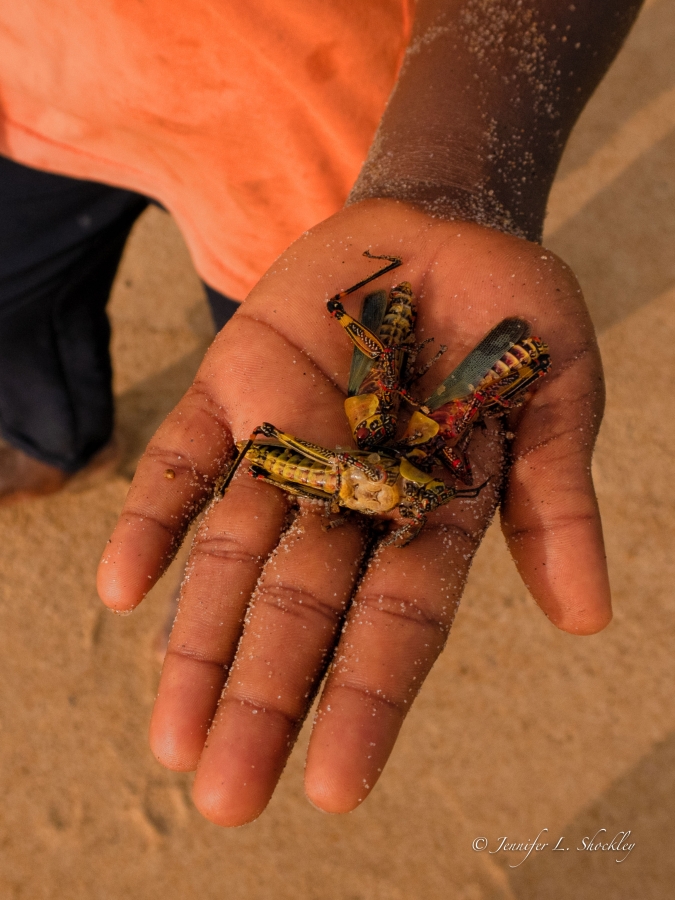 Boy on beach with a handful of insects, Monrovia, Liberia, Mar 2019