0840. Last stages of breaking camp. We got rained on last night, enough that the dry river we left yesterday is no longer dry and is noisy enough to be heard from ¾ of a mile and 700’ elevation gain away. Cool this morning – hat, gloves and puffy weather. Breakfast talk consists of weather and discussions of our respective GI tracts.

1740. Today has been… trying. I’m huddled inside the gear shed; Erin and Shari are in their tent. Though we had blue skies from waking to breaking camp at 0925, we’ve had nothing but rain since then. Tempers have been a bit short, especially this afternoon – fatigue, cold and wet are taking their toll on everyone today. Erin got to see what a dedicated, pissed-off hiker looks like stomping though soggy tundra on a half-mile forced march just to prove… some point. We spent about an hour going the wrong way and back-tracking, then on getting across a rain-swollen stream without getting our feet wet. Not that it mattered – my shoes are soaked through, Shari and Erin’s are both damp.

Erin: Jennifer saved this page for me days ago, now that the story has developed properly I’m ready to tell my version. After having gotten a bit off track and found our way back to the proper course there was a “discussion” about how we should – as a team – navigate to our goal waypoint. Seemingly all on the same page, we set course for said direction and waypoint, Jennifer heading down a bit and Shari, with me following behind her, heading a bit up (both in the same direction). It became clear shortly thereafter that this was not the plan Jen felt we had agreed to and after confirming that she bolted (still in the same direction) and I had an opportunity to watch as Jennifer performed the first-ever Tundra Tussock Peel-Out I’d ever seen. You could smell the burnt rubber off the baskets on her poles as she broke the land-tussock speed record for going uphill. It was a most impressive sight. If only she had the GPS on her to boost our overall speed average! Four hours later, when Shari and I show up (it may have 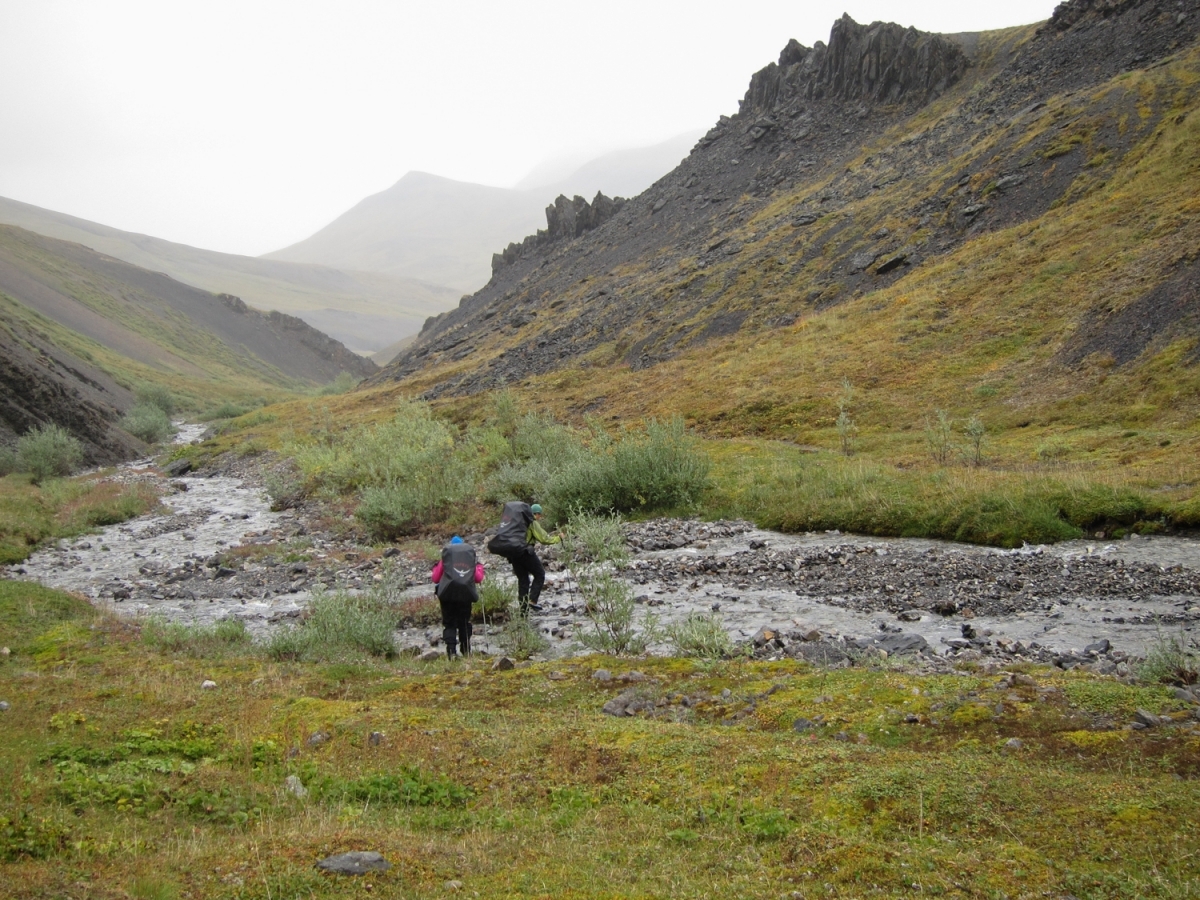 been only 30 minutes) Jenn was sitting there looking cold, wet and pathetic and what do you know? We were all, in the end, at the location as discussed! We all had a good laugh and I will always have the pic of Jenn, flying with poles, in my head.

visit the Gallery for more pics