1100. Starting weights (body and pack), as weighed in at Wright Air this morning:

The pack weights don’t include a gallon of camping fuel, plus we made a few gear swaps after we disembarked in Arctic Village. Captain “Boots” flew us first to Fort Yukon, dropped off two hunters (one a Dutch Harbor Grant pilot, James) then on to Arctic Village. Pretty country we flew over en route – lots of pothole lakes. We landed Arctic Village about 1040; Kirk is meeting us here at 1215. We’ve been hanging out at a couple of picnic tables in front of the Visitor Center (closed), eating our first trail lunch and enjoying lovely blue skies, sunshine and about 65F temperatures. It’s really quiet here, except for the guys with the chainsaws working on the landing strip. We should be on the “trail,” so to speak, in maybe another 1-1.5 hours.

Notes to self: Pre-drop off briefing with Kirk Sweetsir of Yukon Air.

2030. Sitting around our cook stove now. We had a 30-40’ flight in to our drop-off spot and Lo! We made five miles before we even started. We got dropped at Waypoint 11! The country is so different from the Aleutians – the hills are mostly gray and almost barren, the valley – at least the one we’re in – has a virtually dry riverbed that meanders all over but the edges are all wonderful low grass & shrub-covered gravel bars – a soft highway to walk on. We got rained on for maybe a half-hour this afternoon but it’s gone now and the sun is shining on the tops of the mountains. We’ve seen four bears so far! Okay, Shari and Erin have seen four, I’ve seen three. The last was a sow and two cubs. They stood up across the river to see us, but left fairly quickly. Making camp tonight has been an adventure. 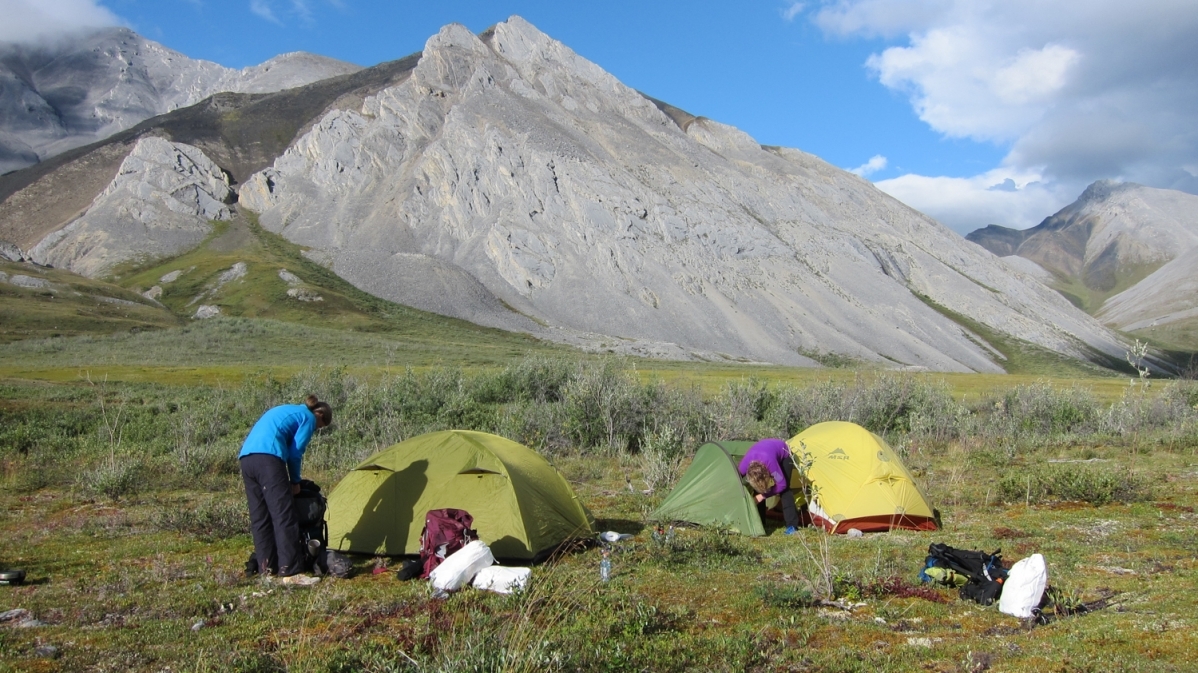 visit the Gallery for more pics