17.0 miles. Due to a forecast for poor weather and dwindling supplies of cash, we elected not to retrace part of yesterday’s route out to what seemed a lovely but very exposed rocky promontory and instead head toward Rhosneigr, an allegedly large place with plenty of options for food, lodging, etc. Rhosneigr is still on the Coastal Path so we didn’t miss out on any of the seaside scenery. The forecast for high winds and rain only half-materialized, and the second half of the day was spent being buffeted about by 40-knot winds while waves pounded the high, rocky cliffs above which we were walking. Chunks of sea foam flew 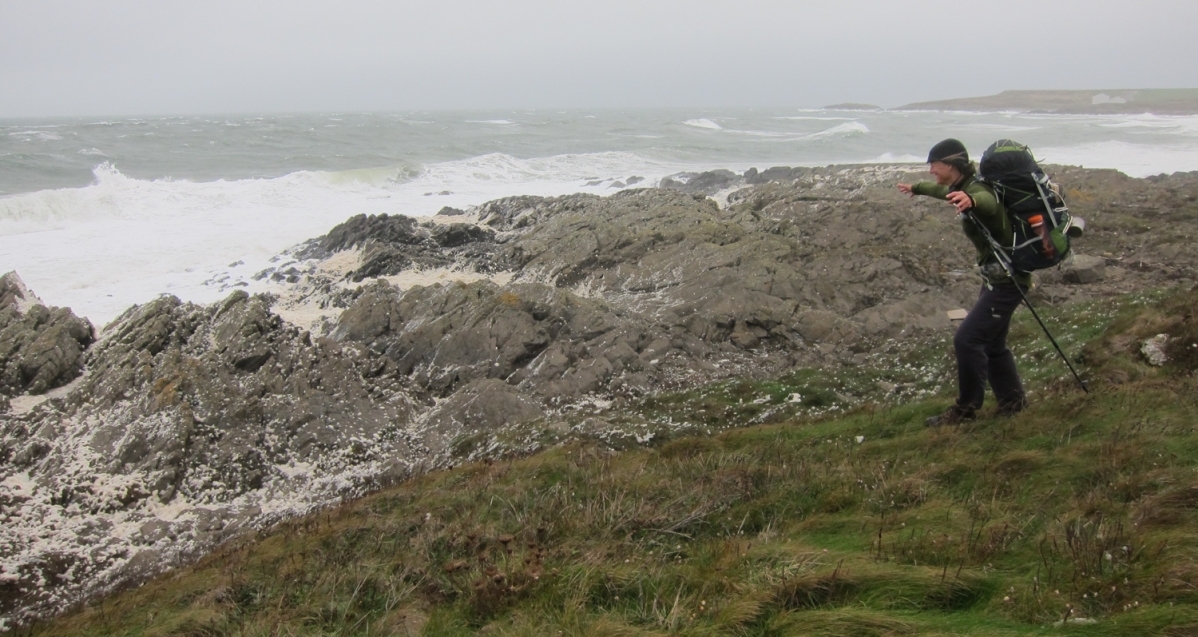 in the wind and settled on the cliffs and meadows, looking for all the world like an early, erratic snowfall. Flocks of Oystercatchers and some other unidentified birds fed on the rocks and exposed pools between waves.

We found Rhosneigr certainly larger than Dwyran, and with more lodging and dining options (not hard to achieve that), but very expensive and with no bank or ATM. We had enough cash for our B&B and found a dinner place that took credit cards, but are now down to only 15£, prompting yet another change in plans: directly to Holyhead tomorrow, where surely they must have banks and inexpensive lodging, rather than in three days.