9.0 miles. Snowdon. Got an early start, at 0835, well before most other walkers were on the trail. We’d purposefully picked this route for the ascent as it’s considered one of the easier approaches, and it proved to be a good choice. Though a bit steep in places, it was mostly a gradual climb and we made it up to the peak in only 2.5 hours, a half-hour less than the “usual” time and that with our full packs! It was rather ironic to be just short of the peak and to see a little steam-powered, narrow-gauge railcar chugging to the top with its load of lazy passengers! Anyway, the views from and on the way to the top were impressive in spite of the increasing cloudiness. 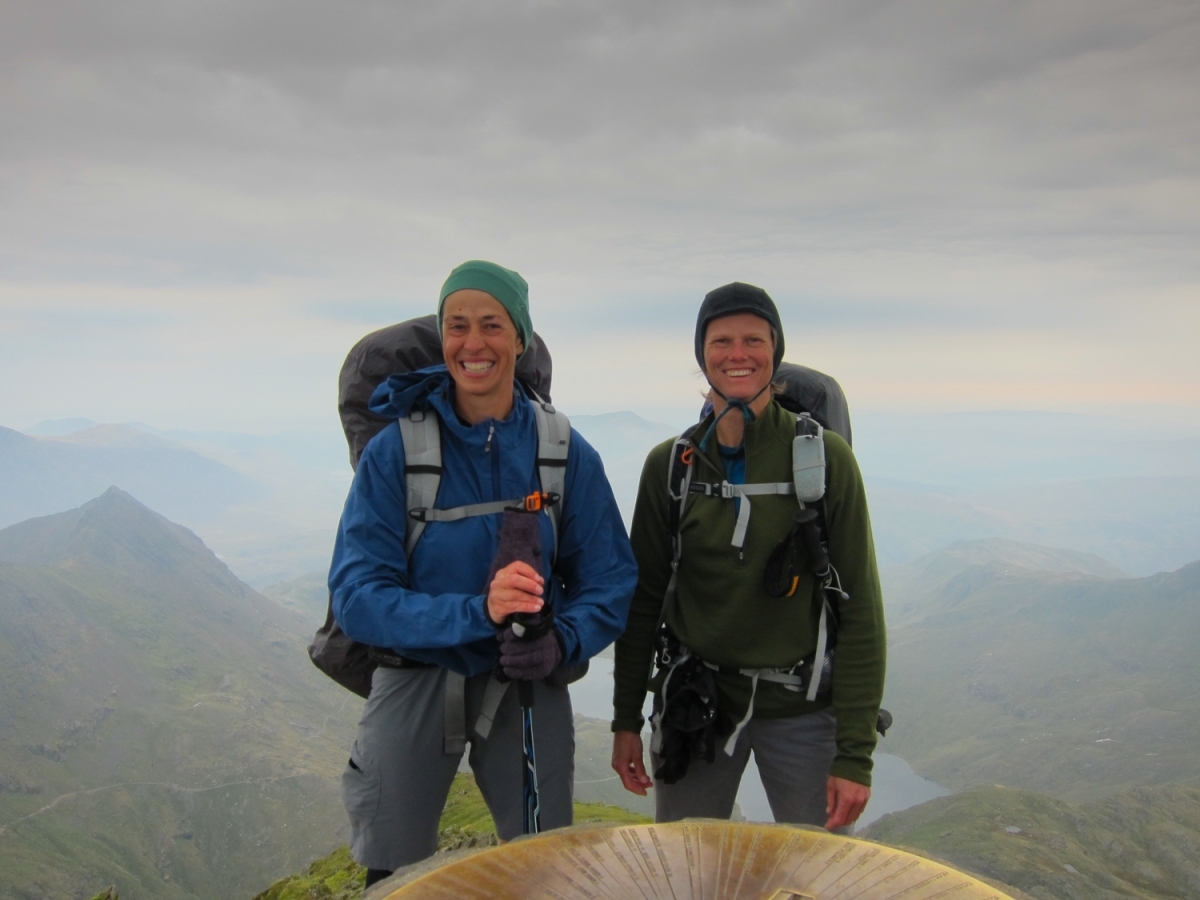 We thought we could make out Cadair Idris to the south, though perhaps that was simply wishful thinking. At the summit is a very nifty brass monument, showing the direction of and names of peaks in all directions.

We’d selected a different route for the descent, the Pyg track, taking us to the Pen-y-Pas hostel. This must be one of the more popular routes, as there appeared to be an army of ants marching up the hill as we began our descent. Apparently Snowdon is quite popular – there must have been a thousand people visiting on this windy, slightly gloomy day, as compared to the dozens we saw on a hot, sunny day on Cadair Idris. Our way down was slow, the Pyg track being rougher, steeper and longer, but since it was on a different face of the mountain we had different views to gaze upon. Lots of granite in the rock here, including a single enormous piece that must have weighed 7-8 tons! The weather changed as we descended, becoming much cloudier and rainier and totally obscuring the summit by the time we reached bottom and making us glad of our early start.