17.2 miles. Fine night camping in the ruins of the 12th century abbey at Abbeycymhir. How cool is that? Weather was good – cool and crisp, like autumn should be, with no rain – and we were visited by no ghosts of the Welsh or English variety. The fact that the cows were taken out of the ruins especially for us ensured we had an obstacle course of cow patties to run any time we needed to move around.

Walk today was nice, through some slightly different terrain than we’ve seen before including a really neat bog forest with a lot of different mushrooms (I’ve now decided I should start photographing the many fungi we’ve seen on this trip). 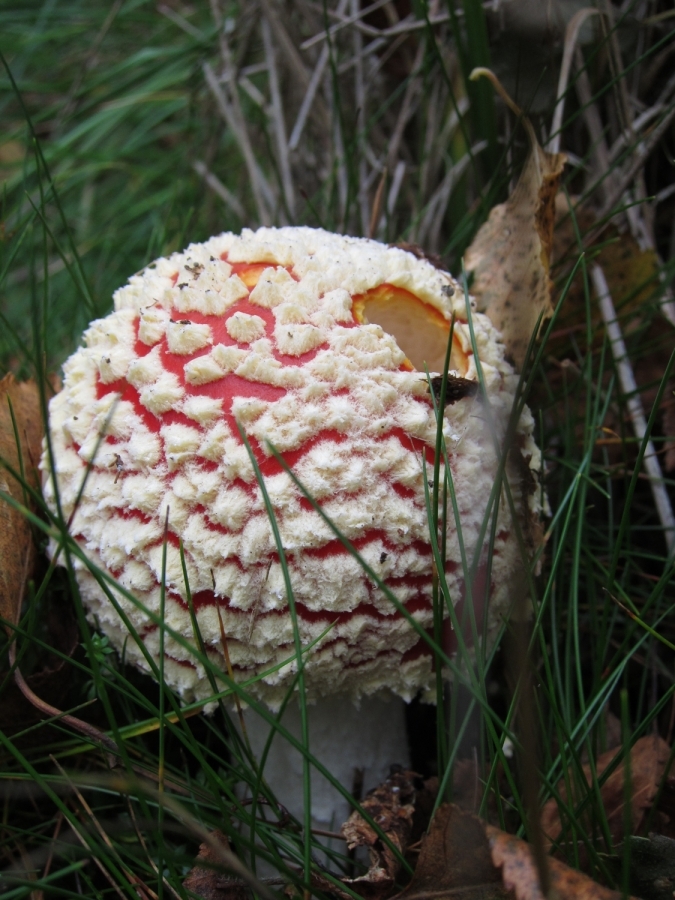 During the second half of the day we climbed, and climbed, and climbed to the top of a hill from which we could see the upper Severn valley stretching out in front of us for miles. Many wind turbines visible from here as well; there is apparently some controversy about them here but in spite of the damage they do to birds and bats I think they’re better than a large open pit mine.

We’re both suffering a bit from hopefully minor injuries: Shari’s got a sharp twinge in her right knee and my feet are still enormously painful by the end of the day, especially if we’ve walked on a lot of pavement. I can’t believe that my shoes, which gave me no problems all summer, put my feet in such agony now.