Late June is Sockeye Season. I’ve been going to Reese Bay for most of the last 10 years to fish for red (Sockeye) salmon, always during the last few days of June.  It’s one of the highlights of the year, something for which I typically take at least a week off from work so that I’m (more or less) assured of having a couple of good weather days for a boat ride to Reese Bay.   Both the weather and salmon escapement failed to cooperate this year, and thus it was July before Shari, Dan and I got over there.  Our two-boat armada, armed with the three of us and a smallish net, set off early on the 2nd and got to the bay about an hour later.  Fishing was the best I’ve ever seen!  Within just a couple minutes of setting the net we had fish, and they just kept coming.  I was in the water picking fish for the entire hour we were there.  Dan helped me pick, carried fish to the shore and diligently chased marauding eagles.  Shari got the grunt work, ferrying stringers of fish from the beach to the boats.  Little more than an hour later we had 30-some odd fish, more than enough for ourselves and a few friends in town.  Success! 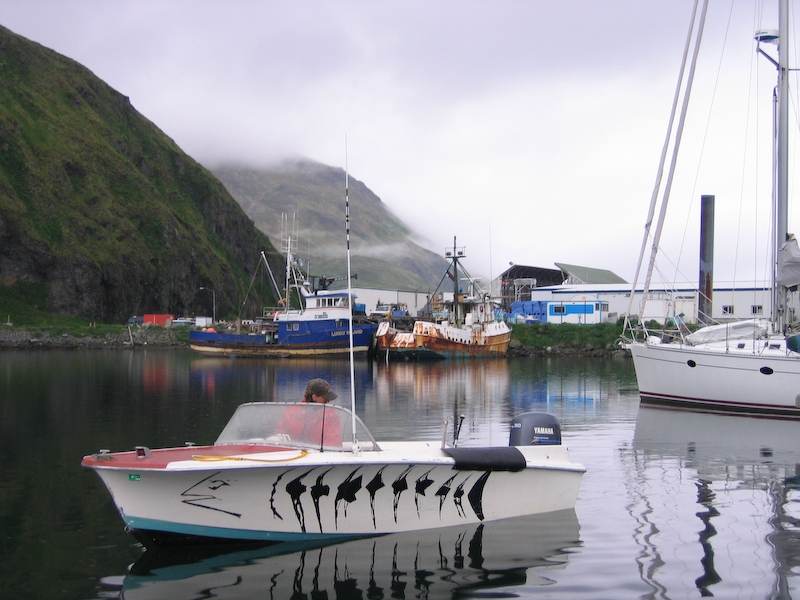 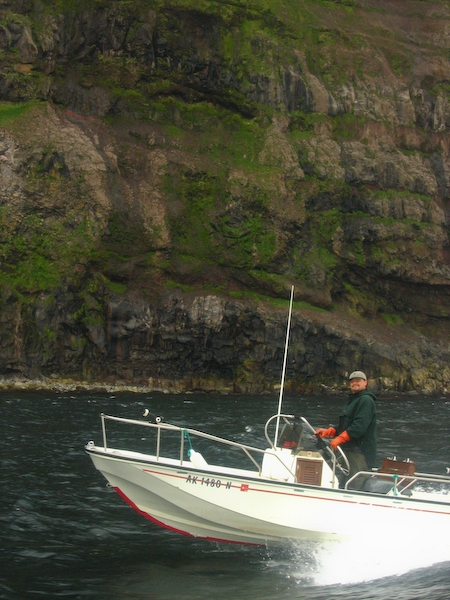 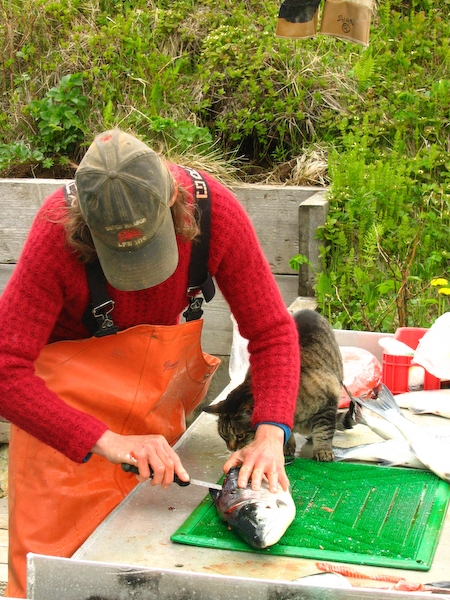 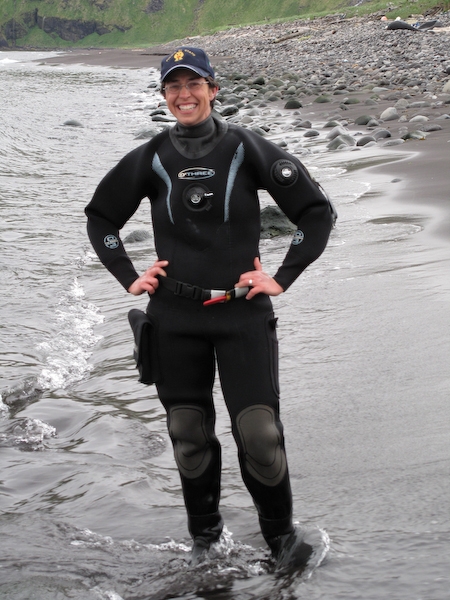 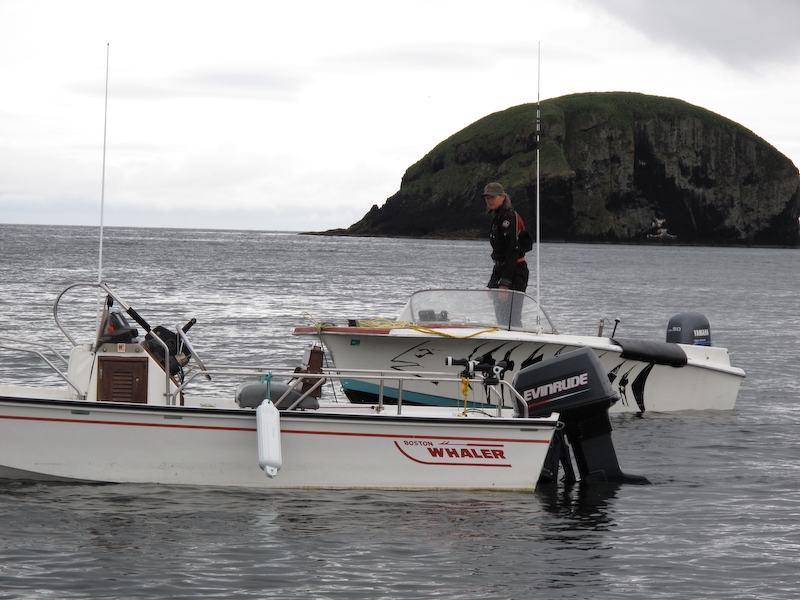 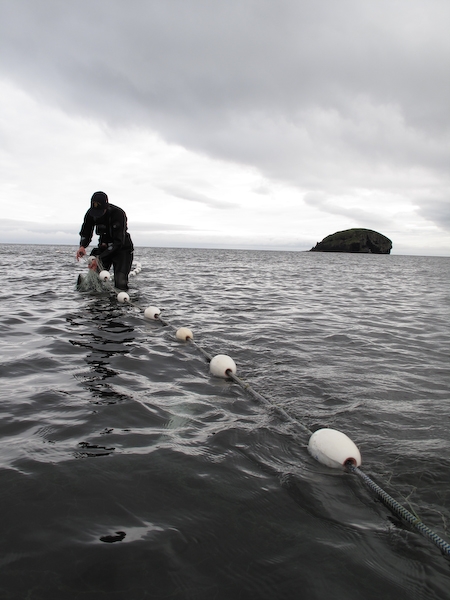 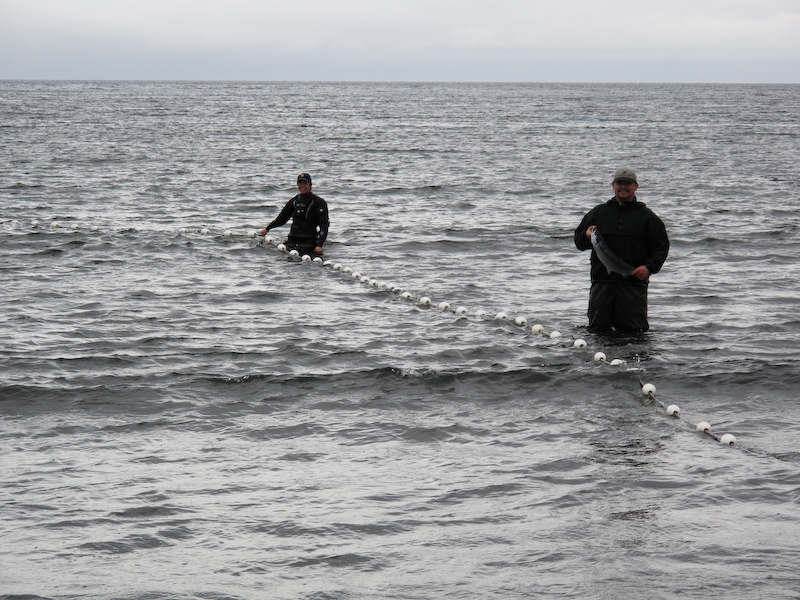 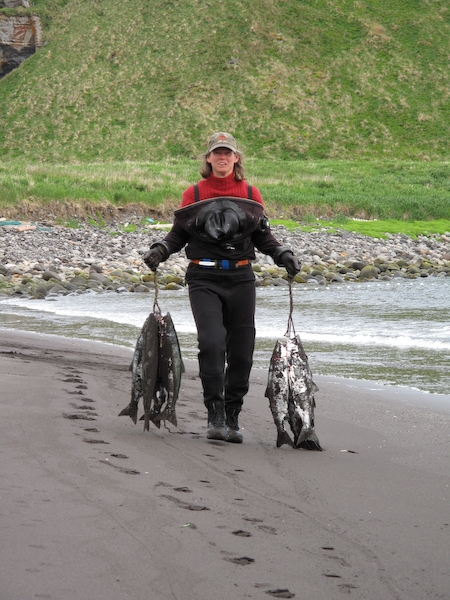 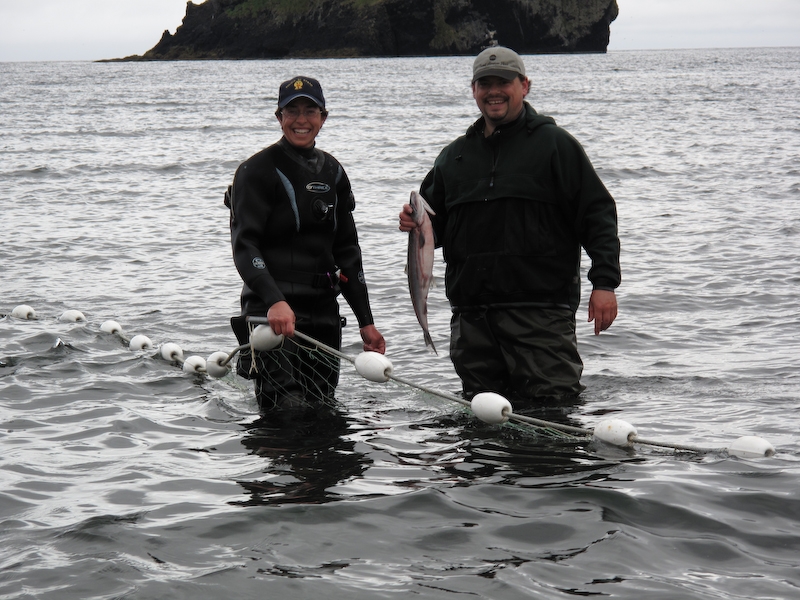 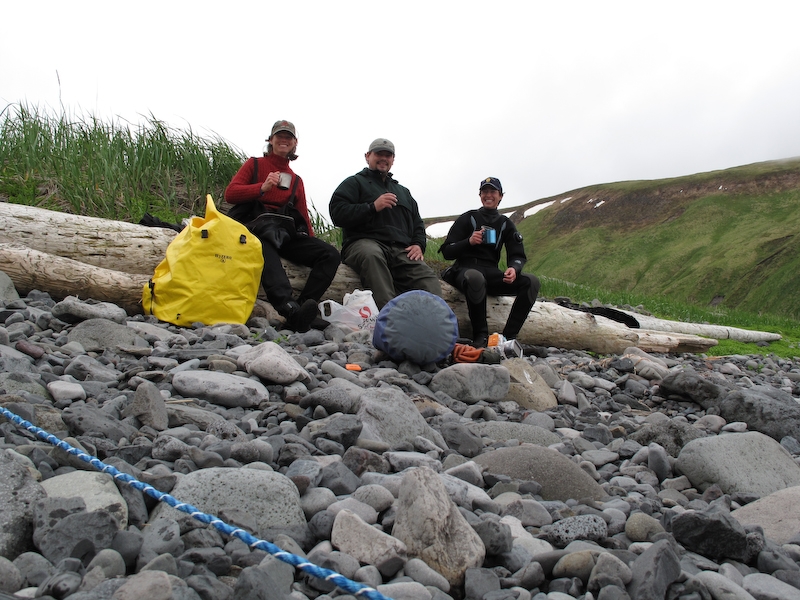 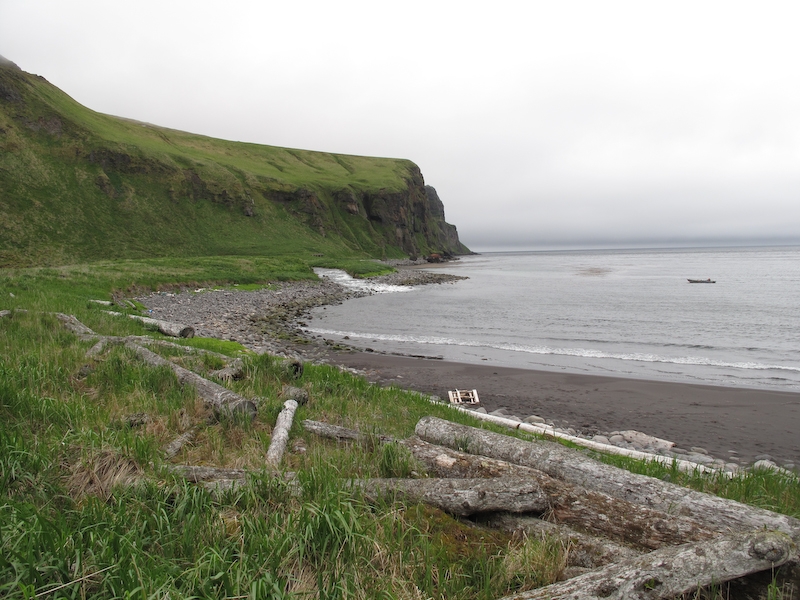 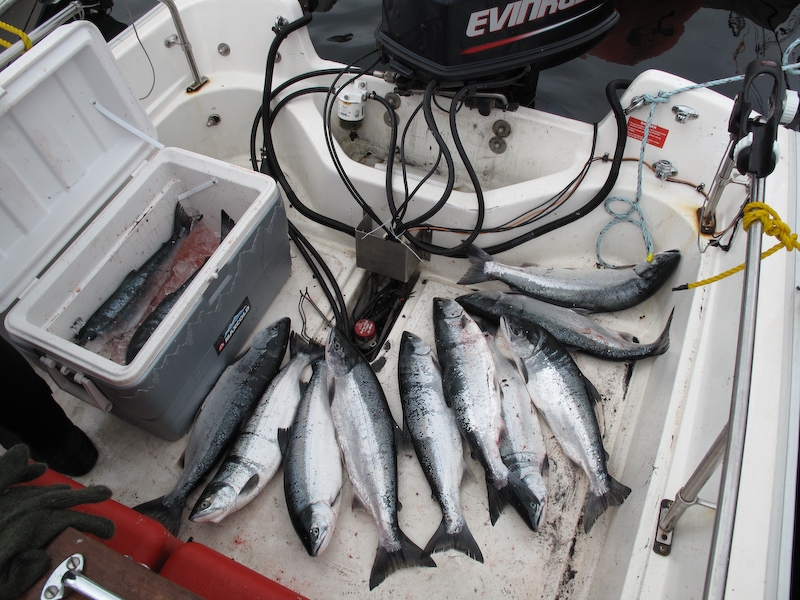