Some of our dive group finally got a chance to dive somewhere in the Aleutians other than Unalaska. We’ve talked about something like this for two or three years but have never been able to coordinate a boat, the right weather and enough people to make the trip worthwhile. Yesterday we finally had our opportunity. Captain Bill of the Puk Uk took five of us to the Baby Islands, a three hour or so steam from town, and anchored near the middle of this group of five small islands. We knew in advance that though it’s quite protected inside, a fairly strong current still sweeps through the area. The current can be problematic for a boat, but makes for great tidal exchange and an excellent opportunity for good visibility and extensive marine life. We weren’t disappointed. Looking over the side of the boat into the blue (rather than our usual green) water, we could see the bottom approximately 42 feet below us. Visibility like this is virtually unheard of in the summer in Unalaska, so we were pretty stoked by the time we boarded the skiff and made our way to shore. The dive did not disappoint! We had about 60 feet of viz, and our two groups of divers were easily able to keep track of one another as we explored the coastline.  The area has a nice shell and gravel bottom with big boulders and healthy kelp, though not so thick as to significantly limit light penetration.   There were a number of birds topside, particularly puffins, and we were surprised not to see any underwater.  All in all we saw few new critters but I think the group as a whole was most excited about simply being able to see more than three feet in front of us! 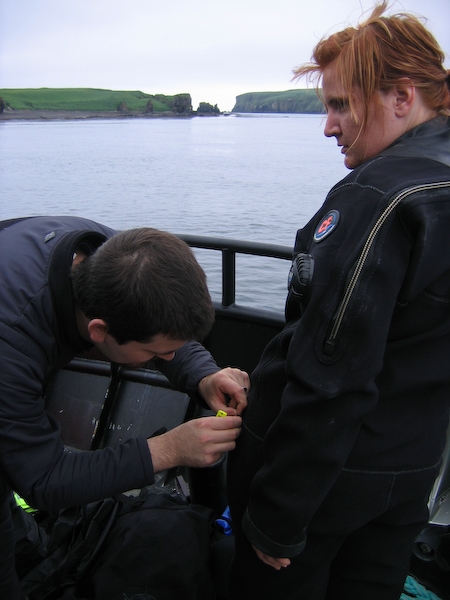 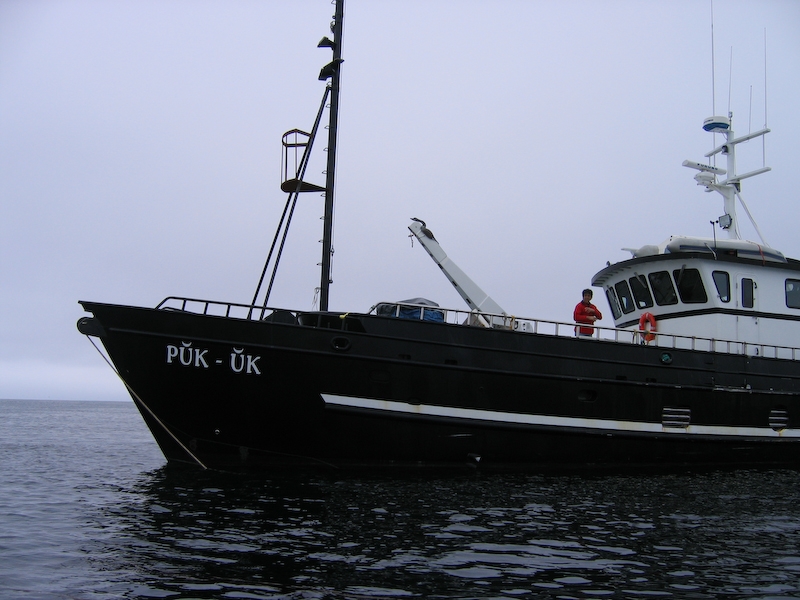 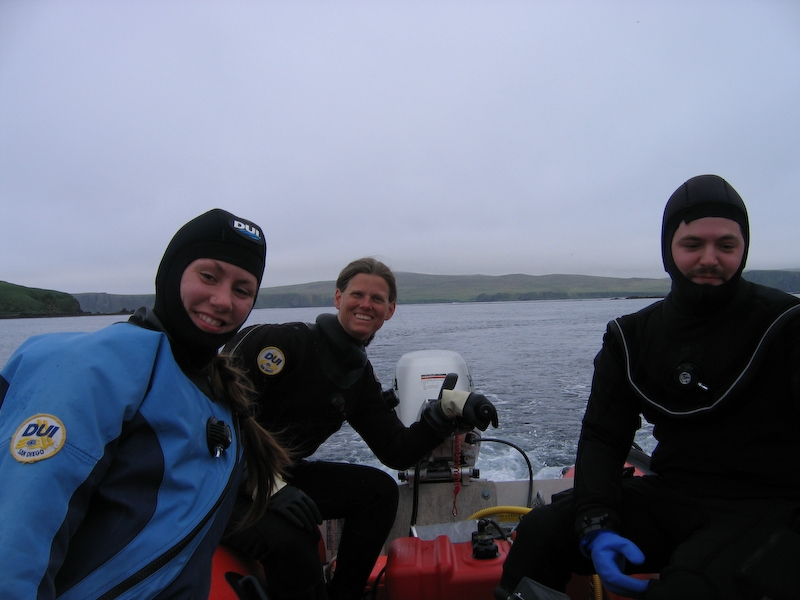 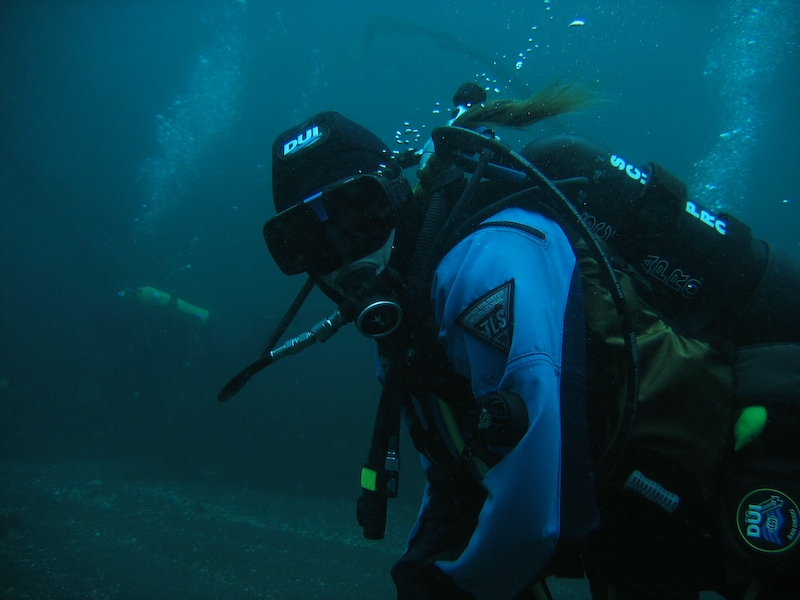 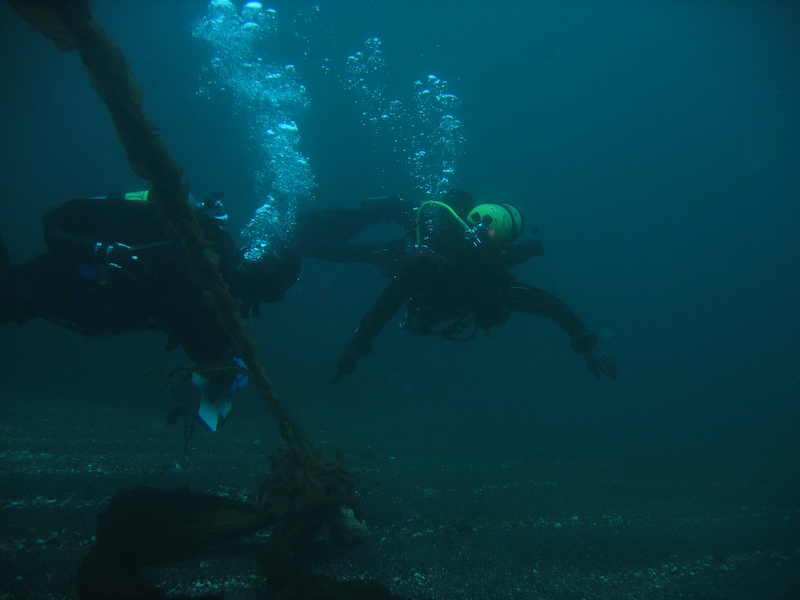 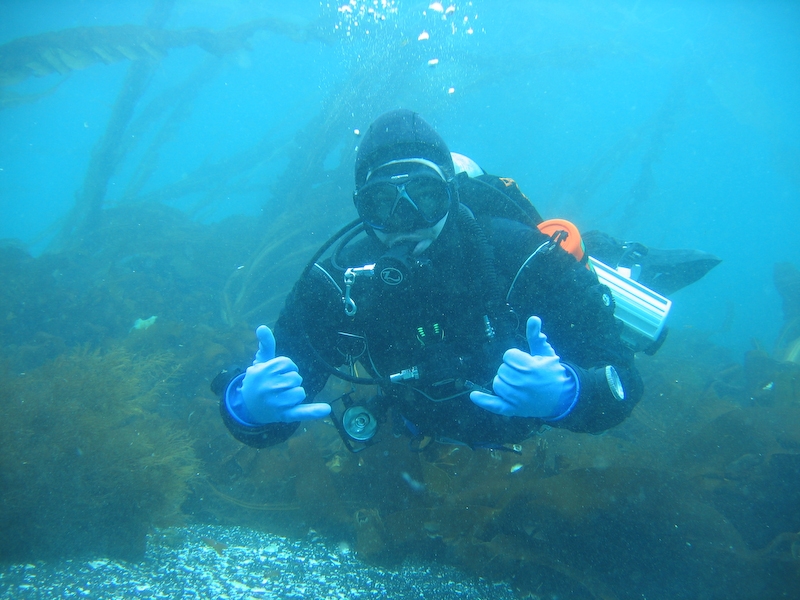 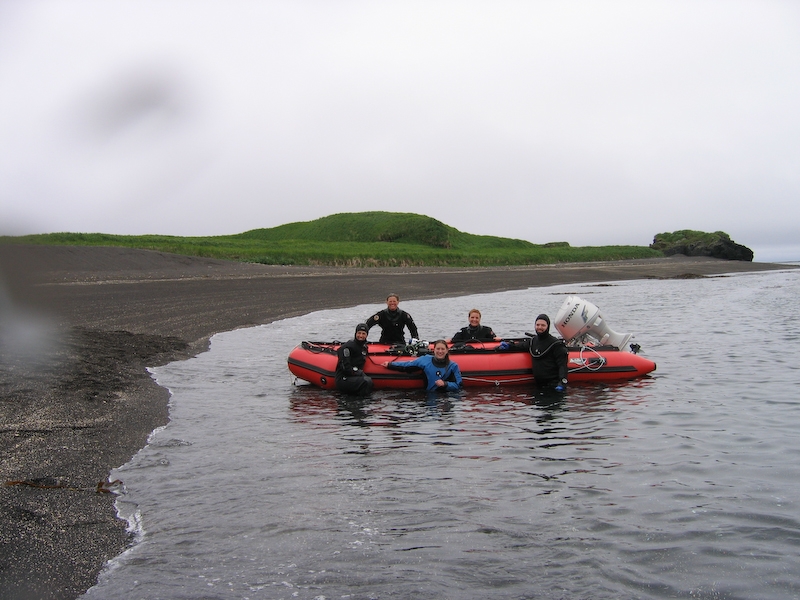 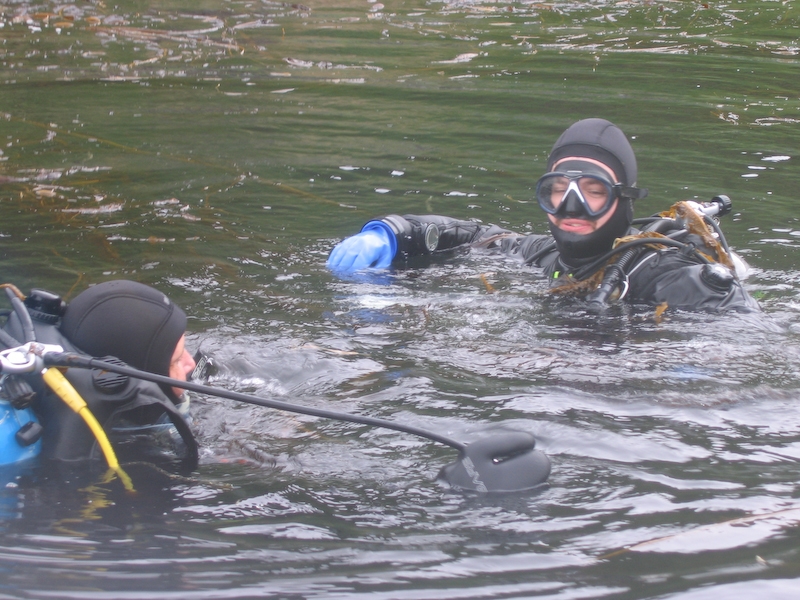 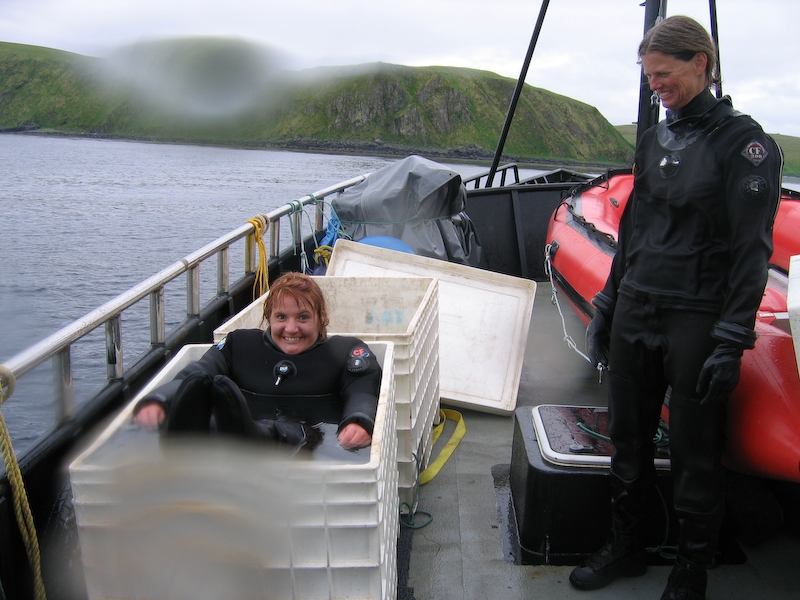 Because of the tides we were unable to stay at the Baby Islands and so moved on to a small cove at Unalga Island for a second dive.  We could tell immediately that the water was not going to be as crystal clear as on our first dive.  We back-rolled off the skiff near the end of a small promontory, making our way to a beach where the skiff would eventually pick us up.  The water was greener with more particulate matter, and this dive spot had significantly more kelp than the other, with great thick masses of bull kelp forming a

cathedral ceiling above and other kelp and a variety of invertebrates creating a thick carpet below.  With the reduced light here and the preponderance of gold colors, it felt rather like we were swimming through an autumn forest.  “Game trails,” perhaps made seals or sea lions, snaked through the forest in a few places and a number of kelp greenling and rockfish peered from their crevices to watch us pass b

y.  40 minutes later Sarah and I arrived at the rendezvous point, where we spent a good 10 minutes wading, crawling and cursing our way over kelp-covered boulders while a harbor seal cruised nearby, taunting us with the ease with which it glided through the water.  A few minutes later our skiff arrived and after all five of us had been rescued from the brown clinging tendrils, we made our way back to the boat and headed home.  All in all, an excellent day of underwater exploration in the Aleutians!