Shari won an auction for a 45-pound, dressed whole pig a few months back, and has been anxiously awaiting an opportunity to cook it luau-style, buried in the earth and steamed on a bed of coals for several hours. So, over the last week we butterflied and marinated the pig, dug a pit, collected instructions from a Hawaiian fellow and lots of firewood from around town. Early Saturday morning we got up to build the fire and package the little porker. Shari built a big fire, complete with white-hot rocks nestled in the bed of coals. The pig, which we had wrapped in layers of banana leaves and lettuce to protect from direct heat, went into the pit and was promptly buried per instructions. No steam was escaping and the covering soil wasn’t hot, so we blithely assumed we’d trapped copious joules of heat inside the pit.

We’d been told 4-6 hours for the pig to be fully cooked, so after five hours we headed outside to dig it up. To our delight, steam oozed from the pit as we uncovered the layers of soil and cloth. To our dismay, it wasn’t particularly warm steam. And there wasn’t really a very strong odor of cooked pork either – it was more like a, well, pork-infused wet burlap kind of odor. Of course, there was no turning back at this point so we hoisted the pig package (we could probably have dispensed with the heavy leather gloves we’d donned to protect ourselves from being burned) and took it to the deck to inspect the contents. Once the banana leaves were peeled away we saw that the pig looked… remarkably like it had five hours earlier: Pink. Juicy. Undercooked.

Not to be outfoxed by something as trivial as a whole, half-raw pig draped over a Sears workbench and people due to arrive for dinner at any moment, we quickly set to work on Plan 2: Barbecued pig. I selected some choice implements for the carving operation while Shari lit the grill. Aura wrinkled her nose at the butchery but gamely took photos of the entire process. A couple of slices here and a sharp thwack through a bone there and we soon had hams, shoulders, ribs and a head sizzling away.

Based on the results of Saturday’s experiment, I would venture to guess that if inhabitants of the Aleutian Islands were intended to cook luau pigs in earthen pits dug into near permafrost, then both pigs and pits would be considerably more prevalent on the islands than they actually are. That being said, it was actually a lot of fun to try doing a pig in a pit even if it didn’t work out so well. We learned a whole lot of things not to do next time, and still had more than enough food to feed our very patient and understanding friends! 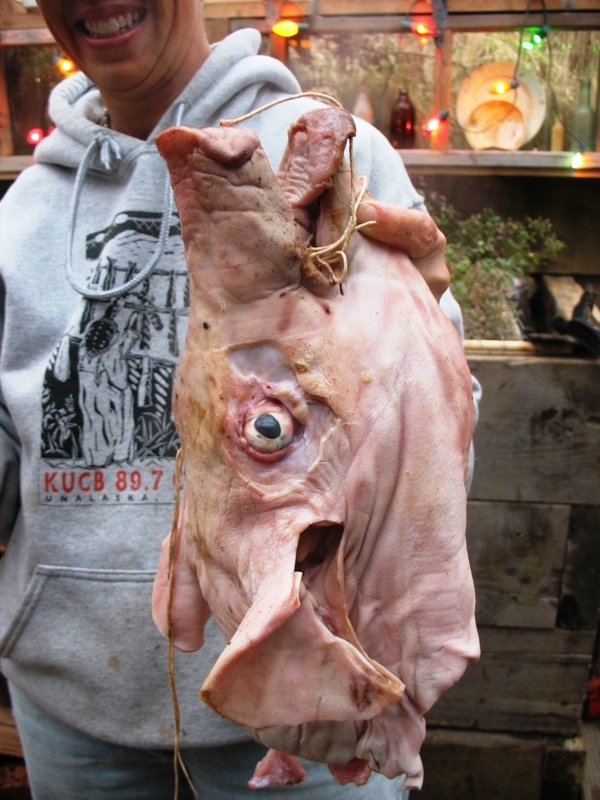 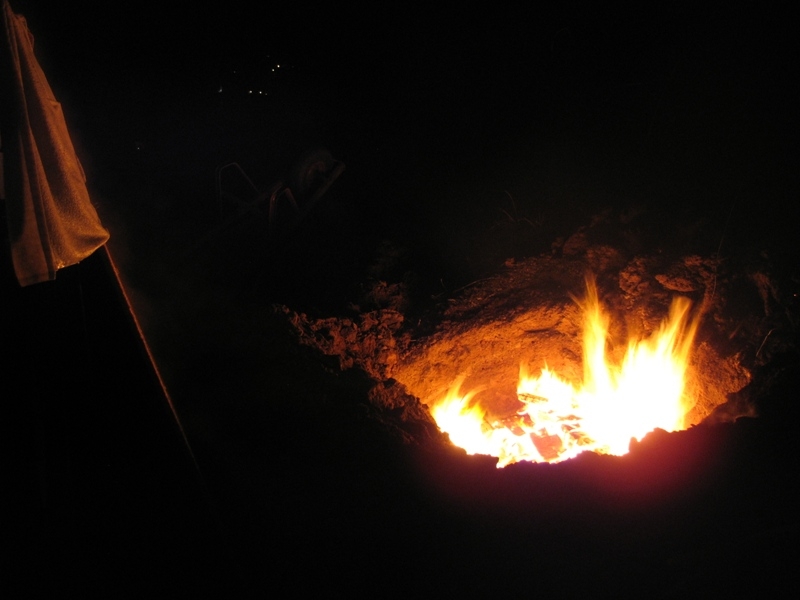 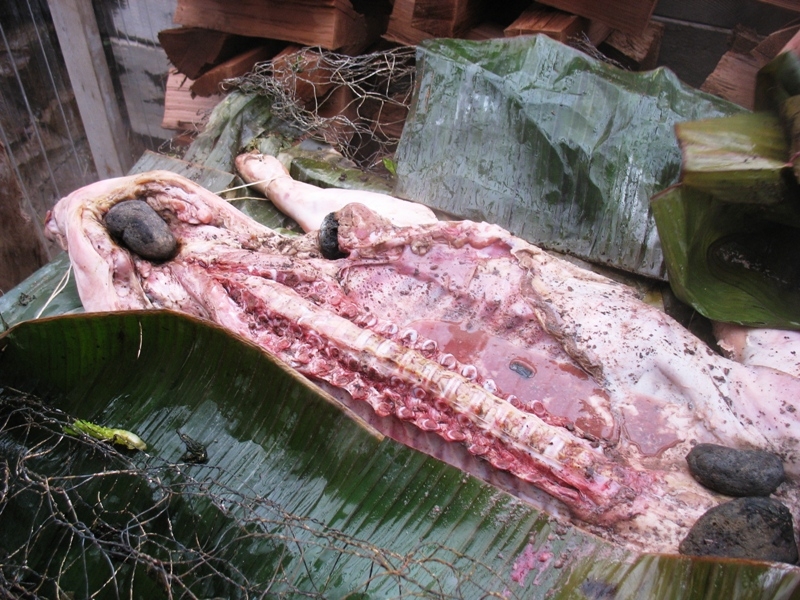 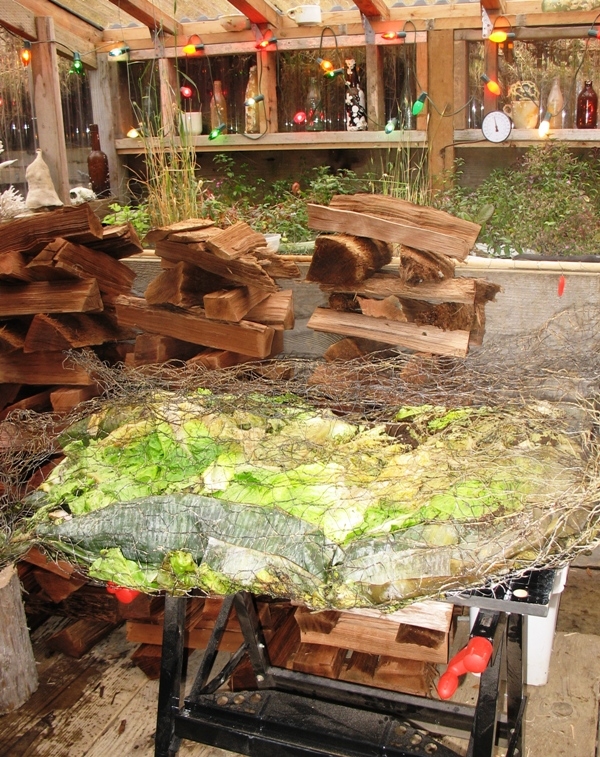 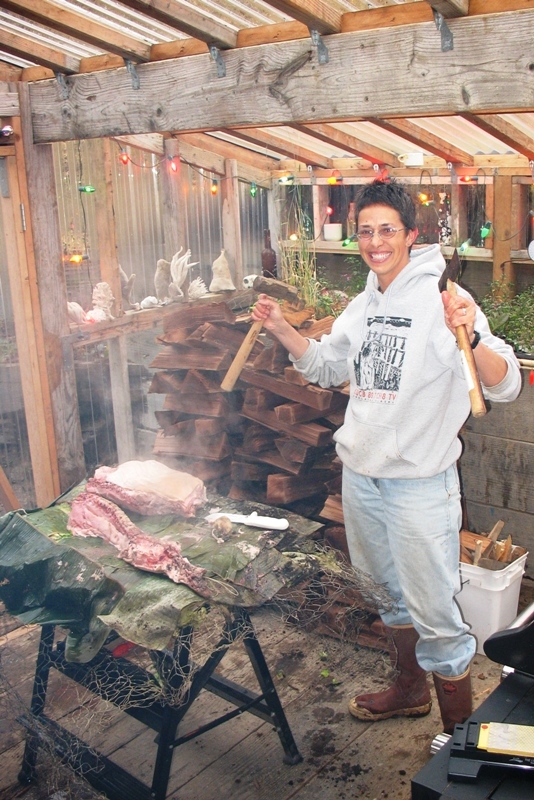 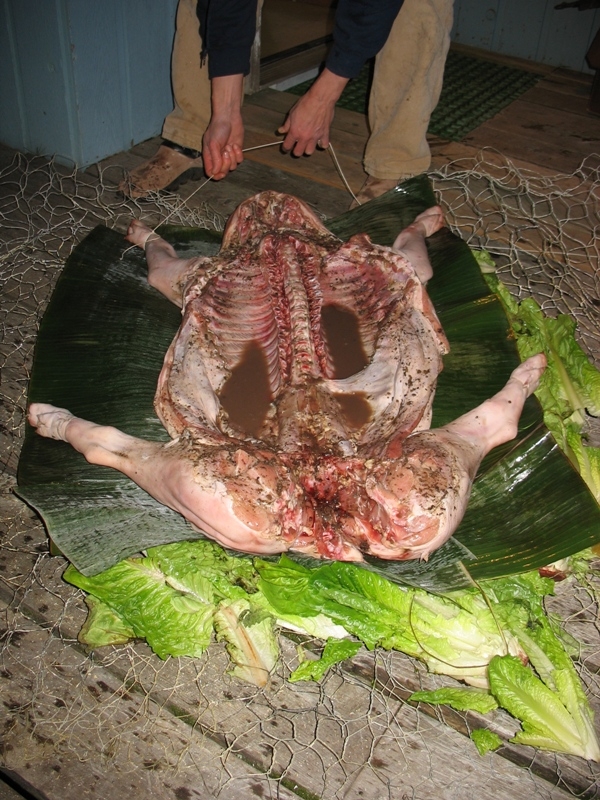 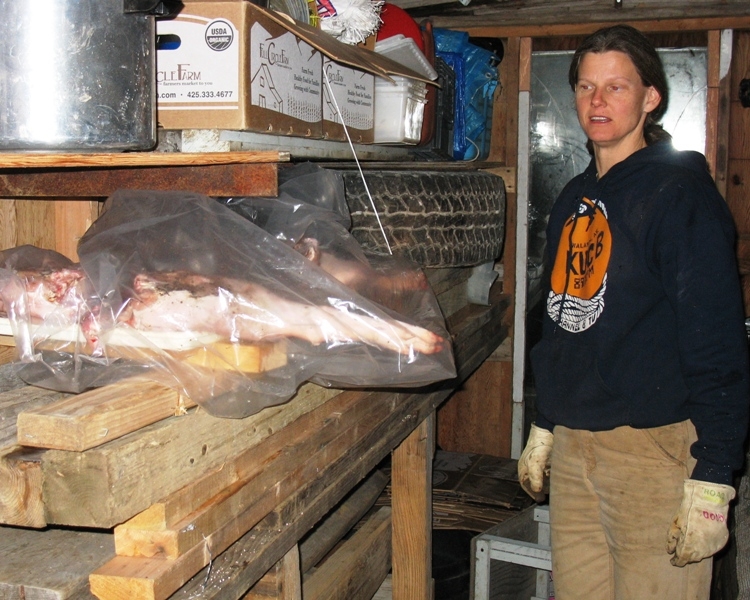 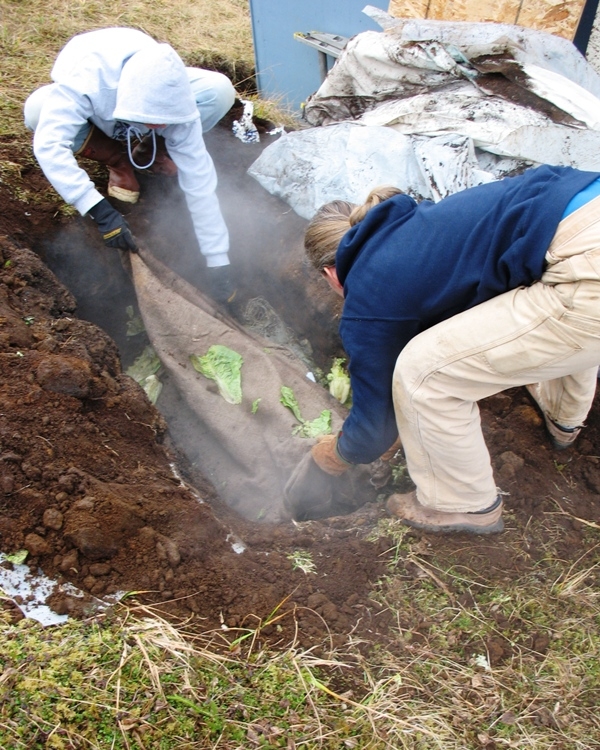 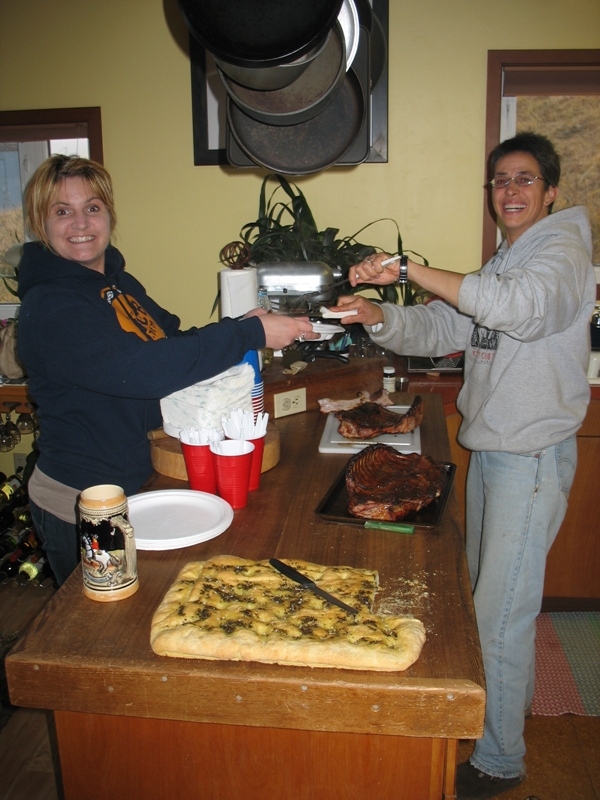